Cross River Rail will be undertaking complex construction works that will require three days of continuous intensive effort across multiple work areas over the long weekend. In the southern area, an additional 6 days will be required to complete construction works. The nine-day closure will allow works to be completed safely and efficiently.

During this time trains will operate to special timetables. If you are planning to travel to and through Brisbane during this period, please plan ahead by using Translink’s journey planner to find out your best travel options.

The below outlines network changes over this period.

Trains will terminate at Banoon.

Buses replace trains all stops between Banoon and Roma Street.

Trains will terminate at Beenleigh.

Airport services will run express from Eagle Junction to Northgate and continue to Nambour/Caboolture.

Trains will run between Bowen Hills and South Bank.

Trains will terminate at Cannon Hill.

Buses replace trains all stops between Cannon Hill and Shorncliffe.

No trains running on Shorncliffe line.

Buses replace trains all stops between Shorncliffe and Cannon Hill.

Trains will operate on Saturday only between Doomben and Eagle Junction.

Trains will terminate at Bowen Hills.

Buses will replace trains from Bowen Hills to Northgate.

Trains will terminate at Northgate.

Trains will run express from Northgate to Eagle Junction and continue to Domestic Airport.

Customers travelling to the city or beyond will need to change to a bus at Northgate station.

Trains will run express between Altandi and Roma Street via Tennyson loop.

Trains will depart four minutes earlier than usual between Varsity Lakes and Roma Street until 8pm.

Trains will run five minutes later than usual outbound between Altandi and Varsity Lakes all day.

Some services in the morning peak will run up to 12 minutes later than usual between Altandi and Varsity Lakes.

Ferny Grove line will terminate at either Roma Street or Park Road stopping at Platform 3 at South Bank station.

South Bank platform 1 will be closed. Customers travelling outbound will need to board a train on platform 3 and transfer at Park Road station / Boggo Road busway.

Departing from different platforms between Darra and Milton.

Customers departing South Bank station are to board from platform 3 and transfer to a Cleveland line train at Park Road station.

Trains will run express between Moorooka and Roma Street, via the Tennyson loop.

Trains will run express between Altandi and Roma Street via Tennyson loop.

Ferny Grove line will not operate.

Departing from different platforms between Darra and Milton.

Customers departing South Bank station are to board from platform 3 and transfer to a Cleveland line train at Park Road station. 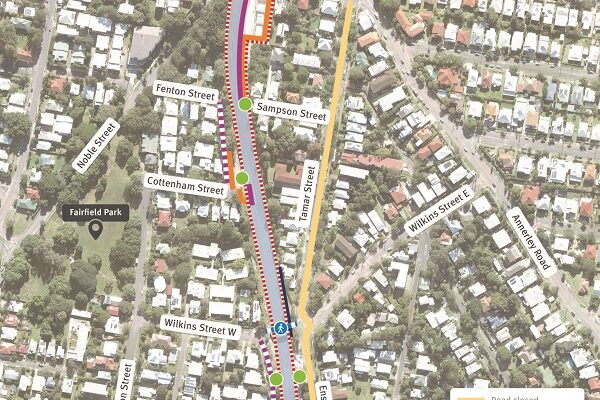 In October, UNITY Alliance will be undertaking work within the rail corridor between Dutton Park and Fairfield stations including track work, installation of footings and steel for overhead electrical masts and noise barrier alterations (demolition and construction). 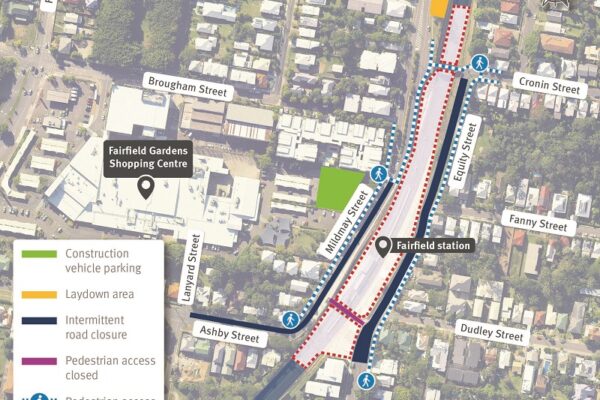 In October, the existing timber overpass and stairs at the station will be removed to allow construction of the new overpass to progress. Structural steel installation and platform construction works will continue. 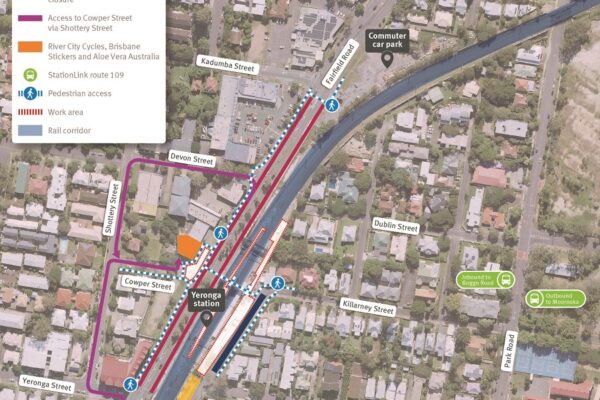 Construction of the Fairfield Road overpass is progressing with final fit out works being completed in preparation for it to open to pedestrians in early October. During October, lift car installation, station entry roofing and construction on platforms 2 and 3 will continue. 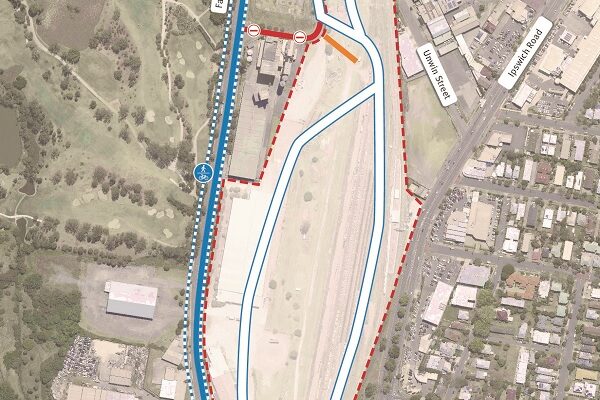 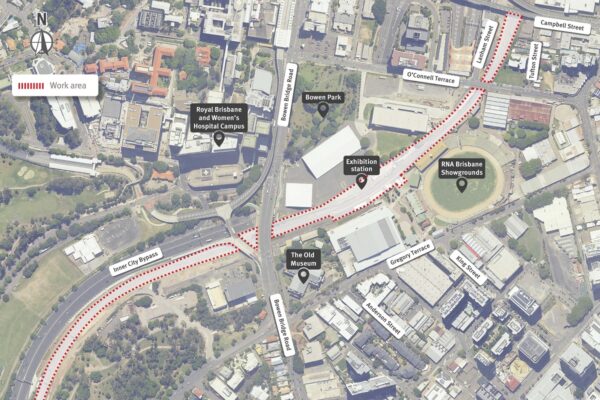 In October and November, installation of masts and foundations for overhead electrical wires will continue along with earthworks and rock excavation. 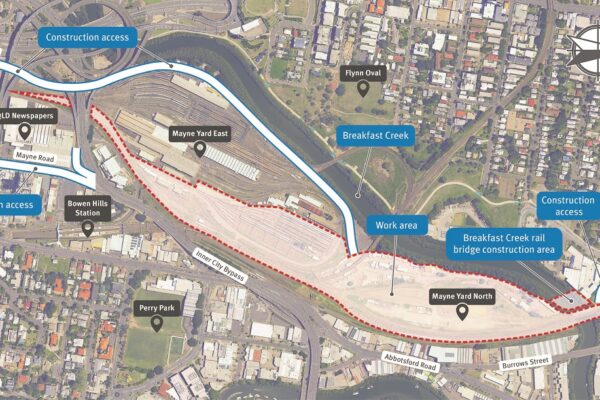 In October and November 2022, works will continue on construction of new internal access roads and new rail bridge over Breakfast Creek.