The Cross River Rail Delivery Authority is continuing with planning and delivery of three new rail stations on the Gold Coast Line. Click below to learn more.

Cross River Rail will transform how we travel to, from and through Brisbane in the future. But building Cross River Rail means changes to travel and transport services during construction.

Use our new Travel Checker to find out more.

A new shared pedestrian and cycle bridge will link the new Boggo Road station and Park Road station with the Princess Alexandra Hospital precinct and the South East Busway.

Visit our new microsite to find out more about our community engagement and education hub.

Construction is underway on Cross River Rail and that means more jobs and more training opportunities for Queenslanders, as we unite and recover from Covid-19

Cross River Rail is a new 10.2 kilometre rail line from Dutton Park to Bowen Hills, which includes 5.9 kilometres of twin tunnels under the Brisbane River and CBD. The project will unlock a bottleneck at the core of our transport network and it will transform the way we travel across the whole of South East Queensland. 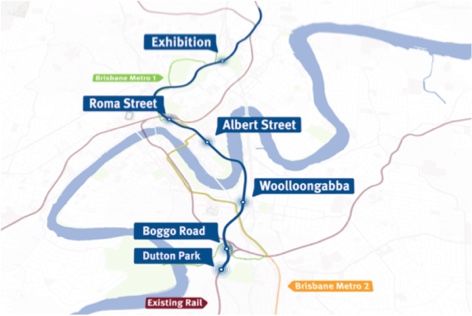 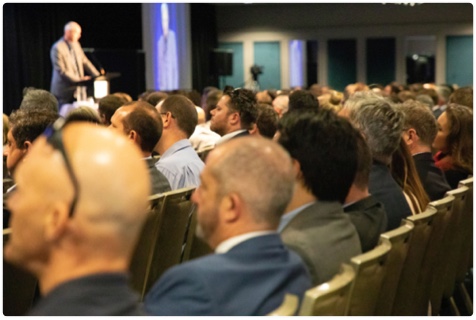 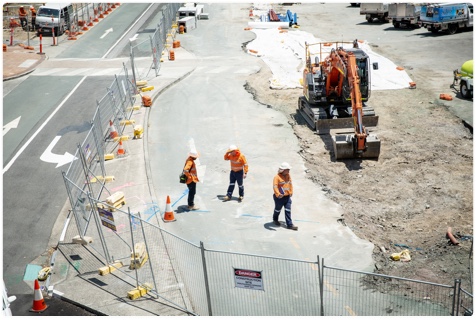 Cross River Rail has progressed from early works into major construction and is now well on its way to being delivered. The project is now active at more than a dozen worksites. 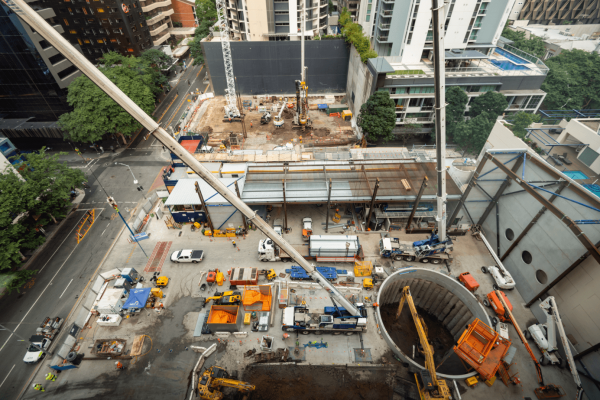 Whilst Cross River Rail will transform the way we travel across the whole of South East Queensland, right now it means changes to roads, footpaths and public transport services while we begin construction at multiple worksites around the city.

The new rail route will run from Dutton Park, through Exhibition Station and will reconnect to the existing network after Breakfast Creek.

The first underground station from the South is Boggo Road.

Next is Woolloongabba. This station will be located opposite The Gabba stadium.

An engineering animation shows that the station platform will be built several levels underground.

Underground, the tunnels will continue through the rock layer below the Brisbane River and arrive at a new Albert Street station.

Albert Street station is also built several levels under the ground. There are two entrances to this station; the main entrance will be on the corner of Albert and Mary Streets, and another entrance will be closer to Elizabeth Street and the Queen Street Mall.

Images show concepts for the proposed Albert Street including a large awning providing shade over the main southern entrance on Albert Street. A combination of lifts and escalators will help passengers get down to the station platforms, which are several levels below ground.

The rail line then continues underground through the CBD to a new Roma Street underground station.

New residential and commercial opportunities could be developed above the new station, once it is completed. Designs for the new station entry show views looking through to the heritage-listed Station Building at Roma Street.

The rail line continues, with the tunnel surfacing at Normanby before travelling to the newly upgraded Exhibition Station. After Exhibition station, the rail line travels through Mayne Yard and joins with the existing rail network beyond Breakfast Creek.

A map shows the 10.2 kilometres of new track stretching through the city from Dutton Park to Exhibition station and into the existing northern rail lines. 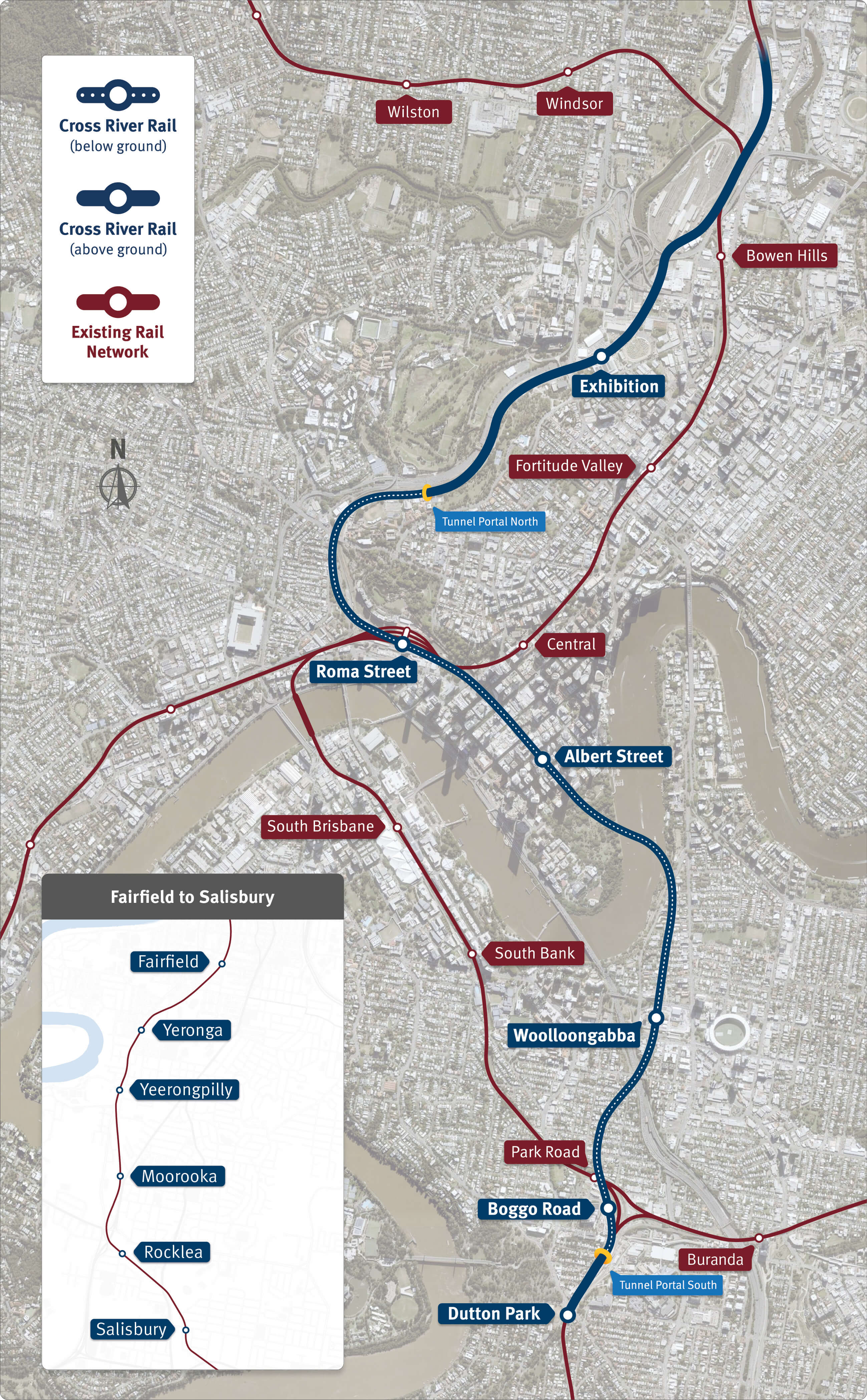 The Cross River Rail Experience Centre is a community engagement and education hub developed in partnership with Queensland Museum, providing detailed project information, digital engagement experiences and learning opportunities for visiting members of the public as well as school groups.

All visitors must follow Queensland Government advice, some exhibits will operate at reduced functionality or reduced capacity in line with our COVID-safe measures.