The station is proposed to be named Hope Island instead of Helensvale North following strong and consistent community feedback. We sought further feedback from the community during consultation between 23 August and 18 September 2021 to ensure the name change is as universally popular as feedback so far has indicated.

Feedback on the detailed design will be used to inform the final design for construction.

Early investigations commenced in January 2021, which included geotechnical works, surveys, utility identification and environmental studies including heritage, flora and fauna. The investigations and key outcomes include: 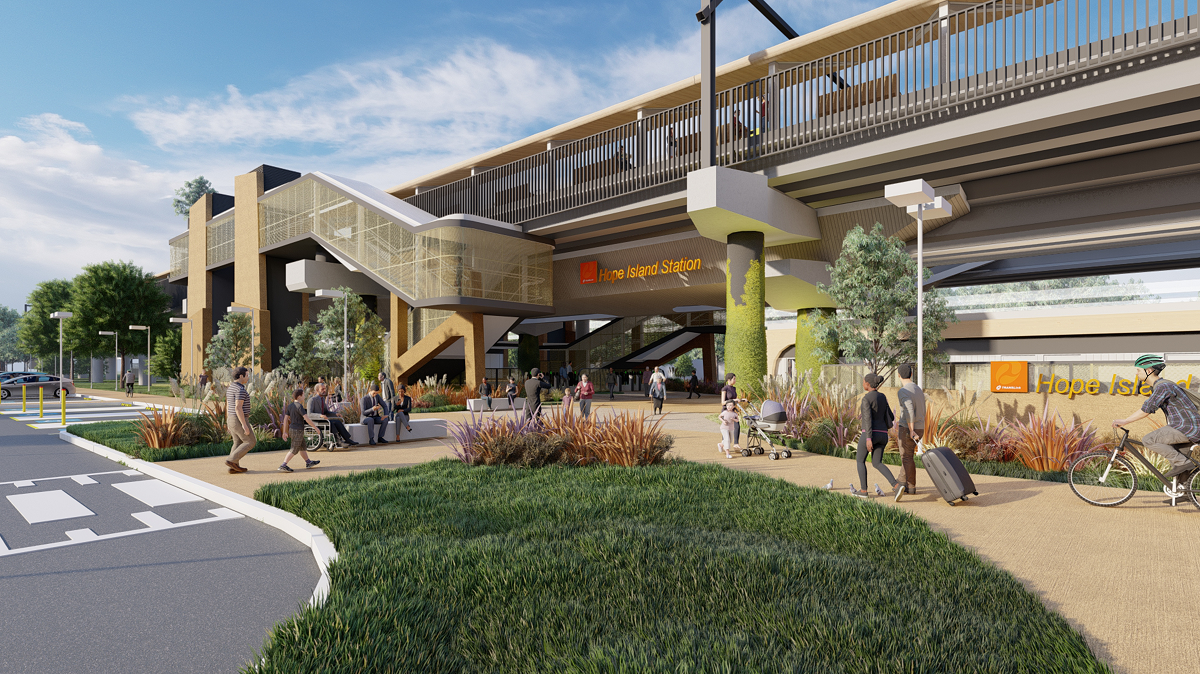 Hope Island station will provide the local community with greater access to convenient rail services; expanding options for easy travel within the Gold Coast, as well as to Brisbane. 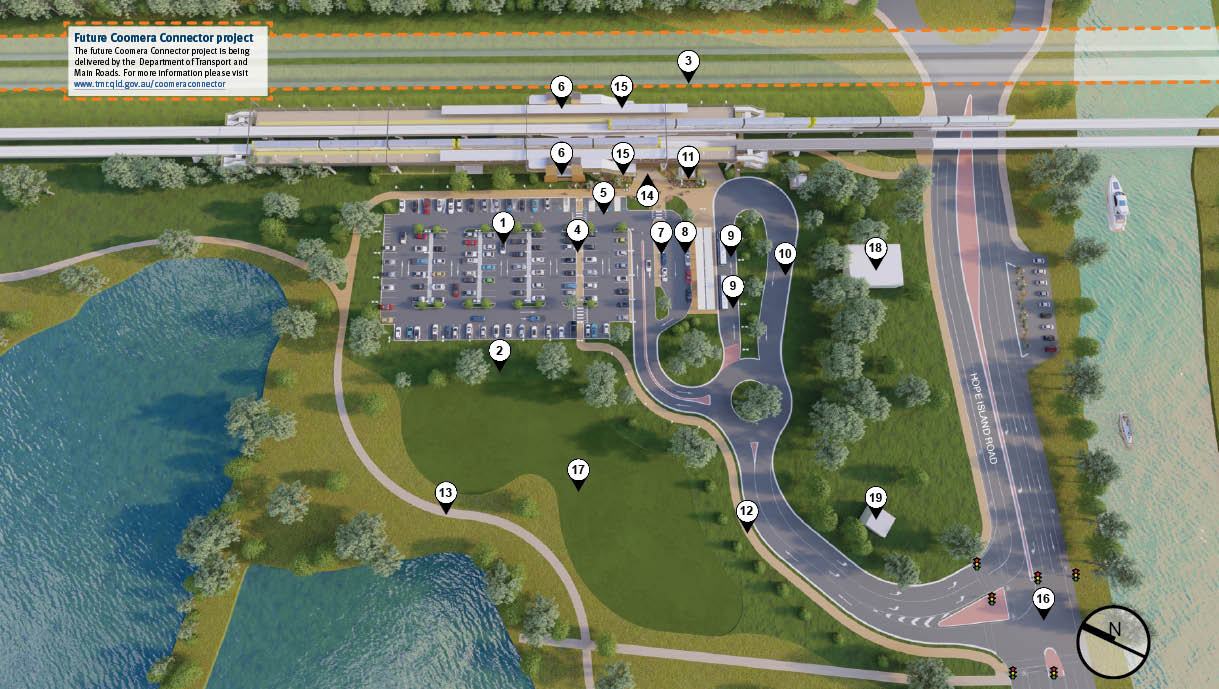 The new Hope Island station will include the following features:

The future Coomera Connector project is being delivered by the Department of Transport and Main Roads.

For more information, please visit the Department of Transport and Main Roads website.

The Hope Island station will be located next to Mangrove Jack Park, off Hope Island Road and is scheduled to be open in time for the first Cross River Rail services to the Gold Coast. 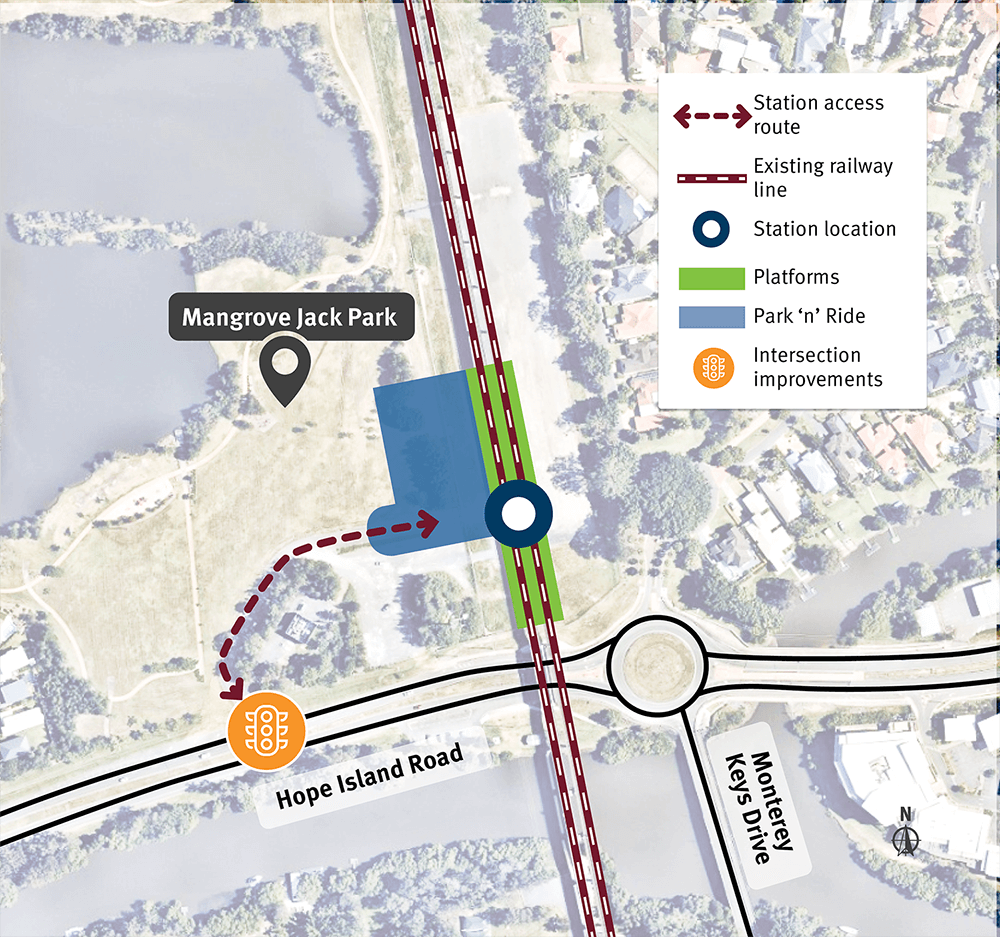 Overall, feedback from the community and stakeholders indicated support for the design and for the station to be named Hope Island.

All feedback received during the consultation period is being considered. Further studies are being undertaken including traffic management, hydrology assessment, noise and environment to further refine and finalise the design in preparation for construction.

Procurement activities for a contractor to build Hope Island station will commence in late 2022 and the final design will be released prior to major construction on the station commencing.

To stay up to date with the project and to receive notifications, we encourage you to subscribe.

Cross River Rail is working with the Department of Transport and Main Roads to plan and deliver three new stations at Pimpama, Hope Island, and Merrimac/Worongary on the Gold Coast line.

Pimpama has been identified as one of the fastest growing suburbs in Queensland. The new station will alleviate existing pressure on Ormeau and Coomera train stations and support future growth in the area.

The proposed new Merrimac station will provide the local community with greater access to convenient rail services; expanding their options for easy travel within the Gold Coast, as well as to Brisbane.