The Cross River Rail project includes 5.9 kilometres of twin tunnels running under the Brisbane River and CBD, with a portal at either end providing access into and out of the tunnels.

When construction is completed and Cross River Rail is operational, these two portals will be the gateways into and out of the new underground rail network. 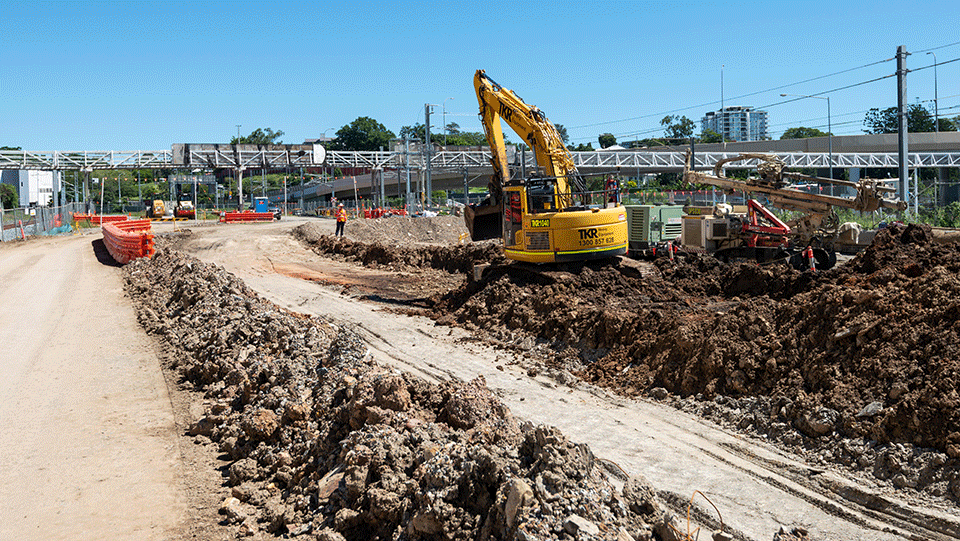 The northern and southern portals are being built using a ‘cut and cover’ technique.

This involves installing piles – post-like concrete and steel reinforcement – to form a box, installing capping beams – concrete slabs – on top of the piles, excavating within the box, and then covering the box with concrete slabs to create a roof.

Watch the video below to see our tunnel portal progress to date.

The southern area of the project – between Park Road, Dutton Park and Buranda stations – includes the southern tunnel portal works as well as reconfiguration of existing rail infrastructure to integrate Cross River Rail into the South East Queensland rail network.

The project’s southern portal merges into one of the more complex areas in the South East Queensland rail network, at the intersection of multiple commuter rail lines and a freight line. In addition, the Eastern Busway and a number of other services and utilities run through the area.

This complexity makes the southern area one of the most technically challenging aspects of our project’s design, and Cross River Rail works closely with Queensland Rail, the Department of Transport and Main Roads and other key stakeholders in this area.

In early October 2020, site establishment works commenced in the area including demolition of existing Queensland Rail buildings and installation of Cross River Rail site offices and facilities. Since then, a range of works have undertaken including realignment of the existing surface rail, relocation of services and utilities, and construction of the tunnel portal and twin tunnels.

Excavators will dig the portal trough at the Southern Area and continue digging from the southern portal to the tunnel which will lead to Boggo Road Station.

Construction of the southern tunnel portal is expected to continue until late 2022. 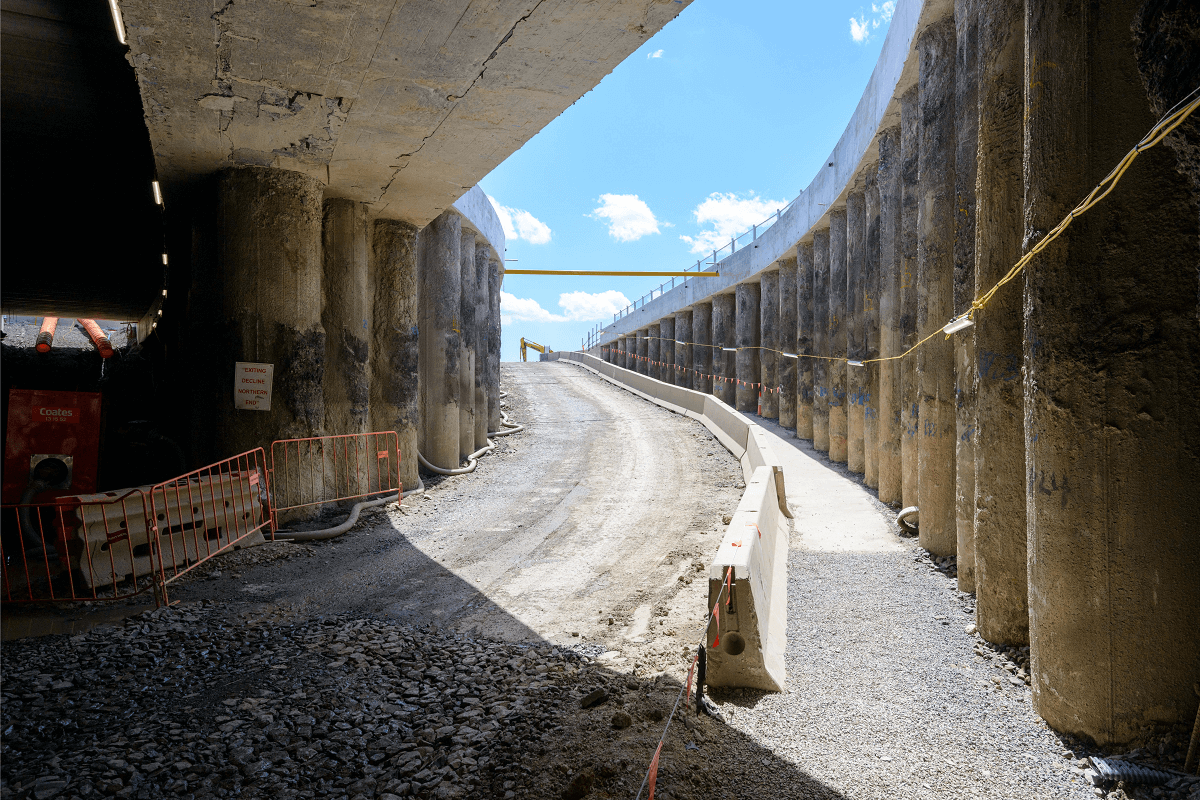 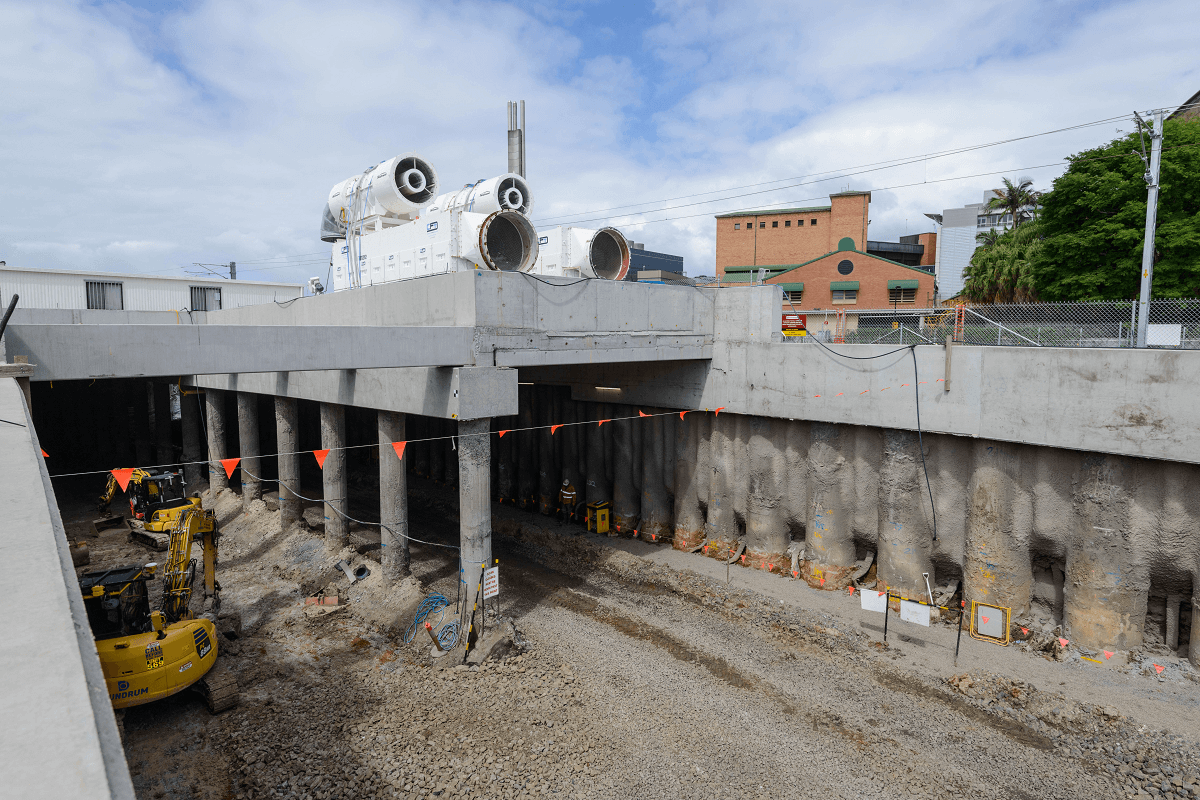 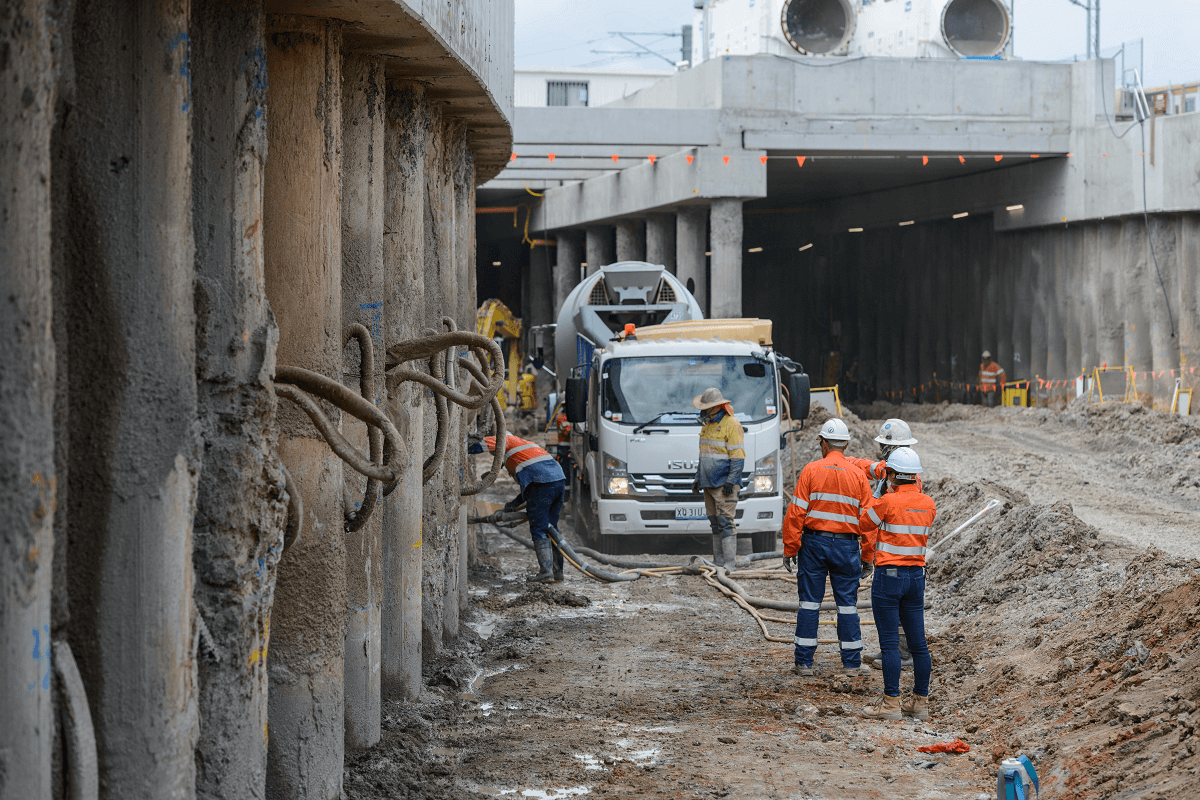 The Northern Area of the project includes the northern tunnel portal works. Construction is taking place in the existing rail corridor at Normanby between the new underground Roma Street station and the upgraded Exhibition station.

In January 2021, site establishment works commenced including installation of Cross River Rail site offices and facilities, installation of fences around the portal site, and construction of temporary retention structures to allow the start of excavation.

Excavation and construction of the tunnel portal structure began immediately after these works were completed with the installation of all permanent piles completed by late August and commencement of roof installation works in September.

Construction is expected to continue until late 2022. 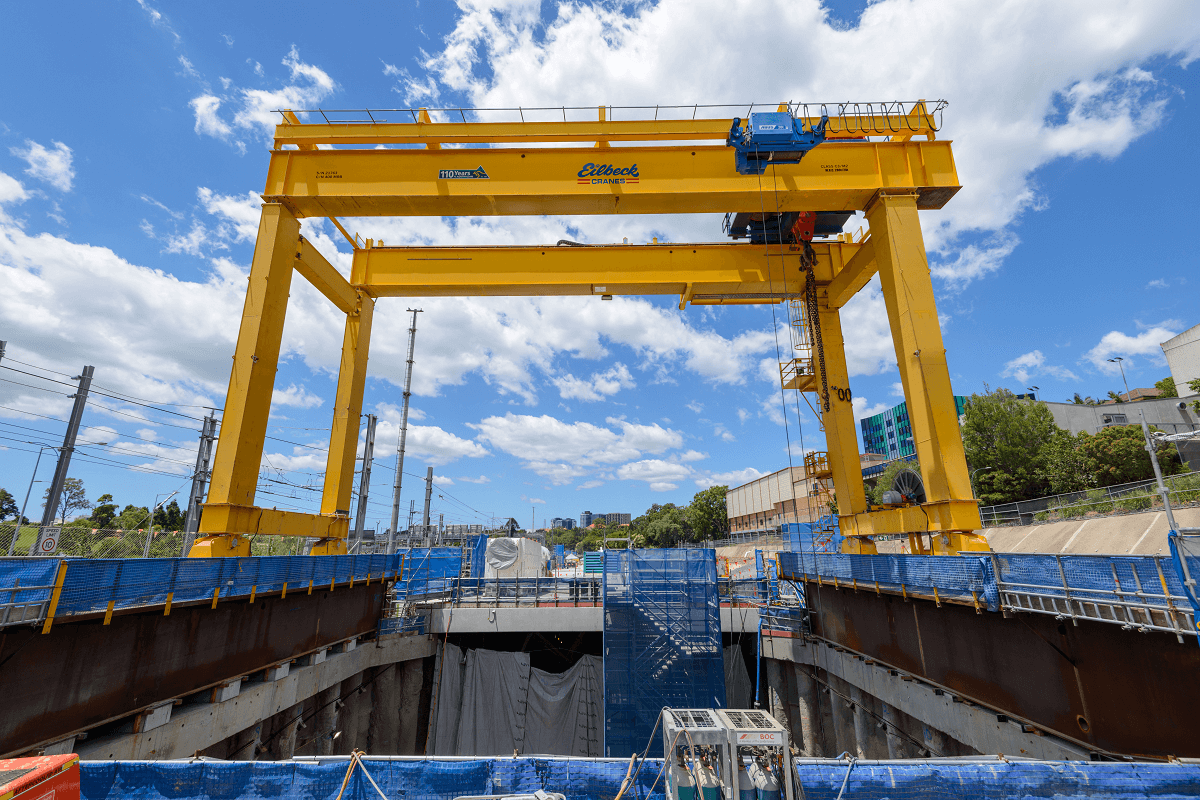 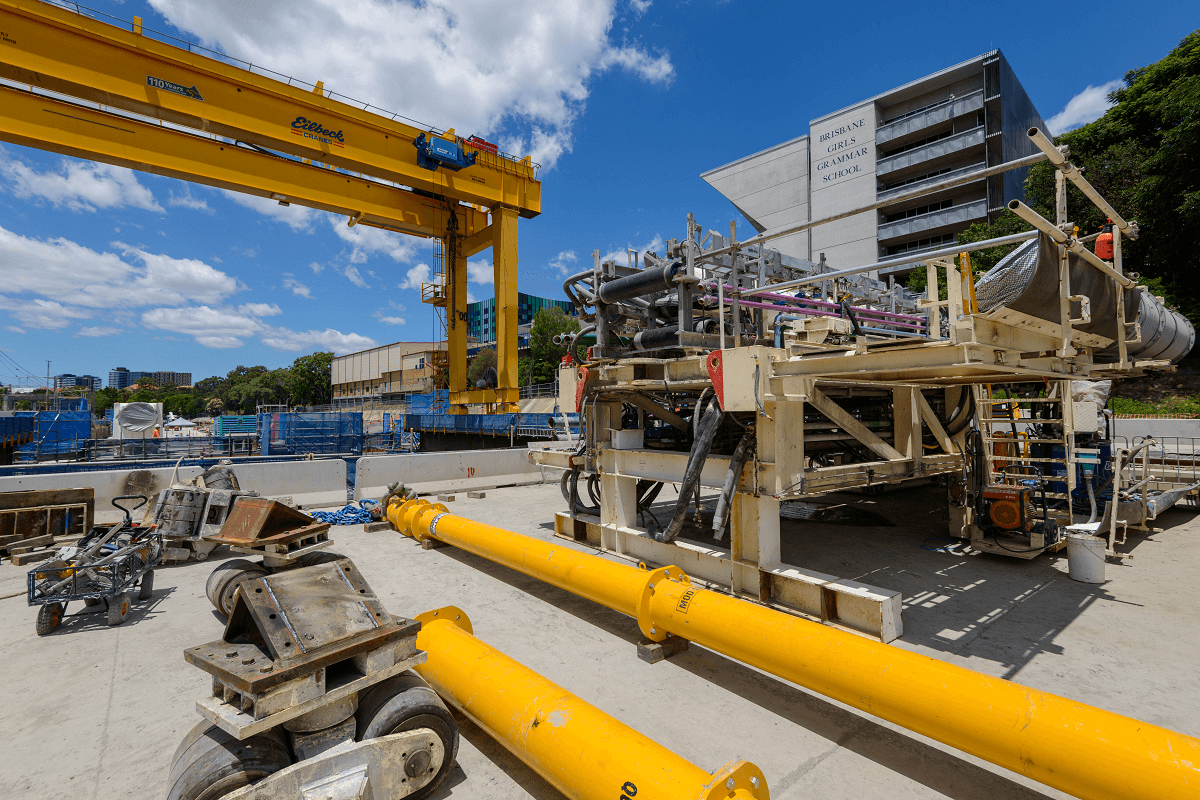 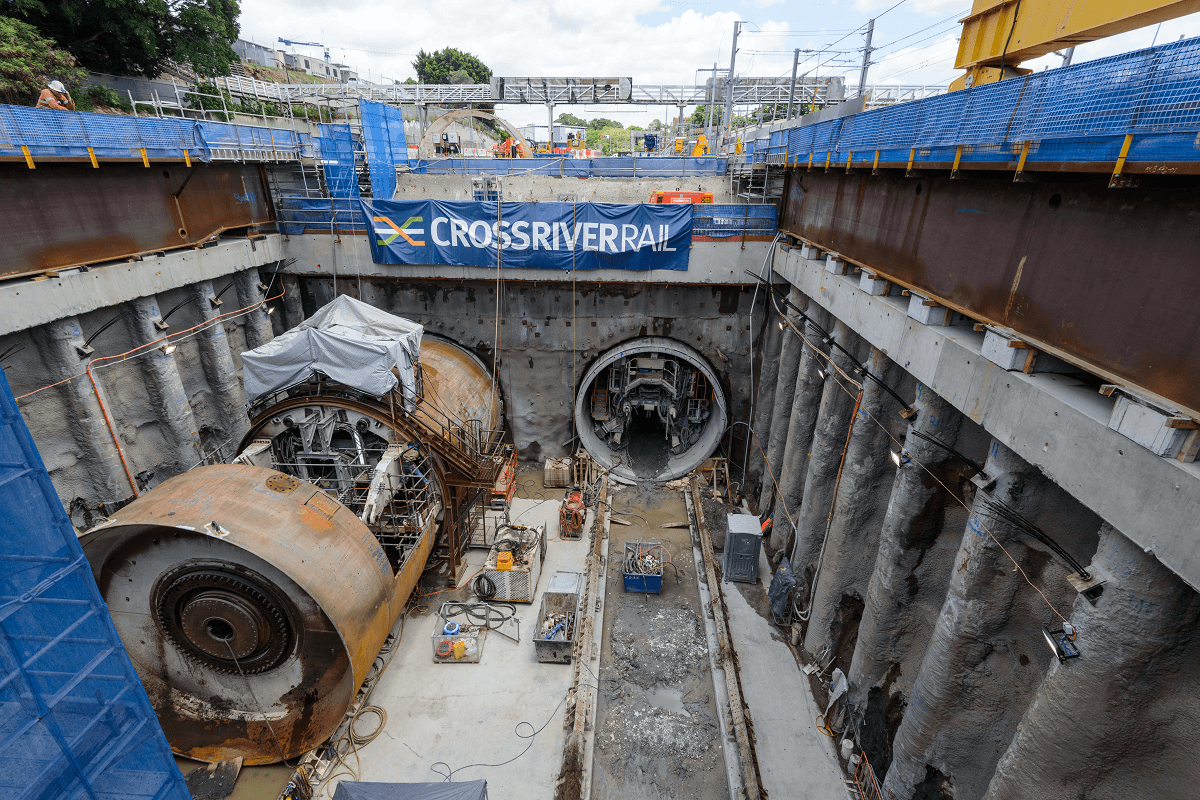 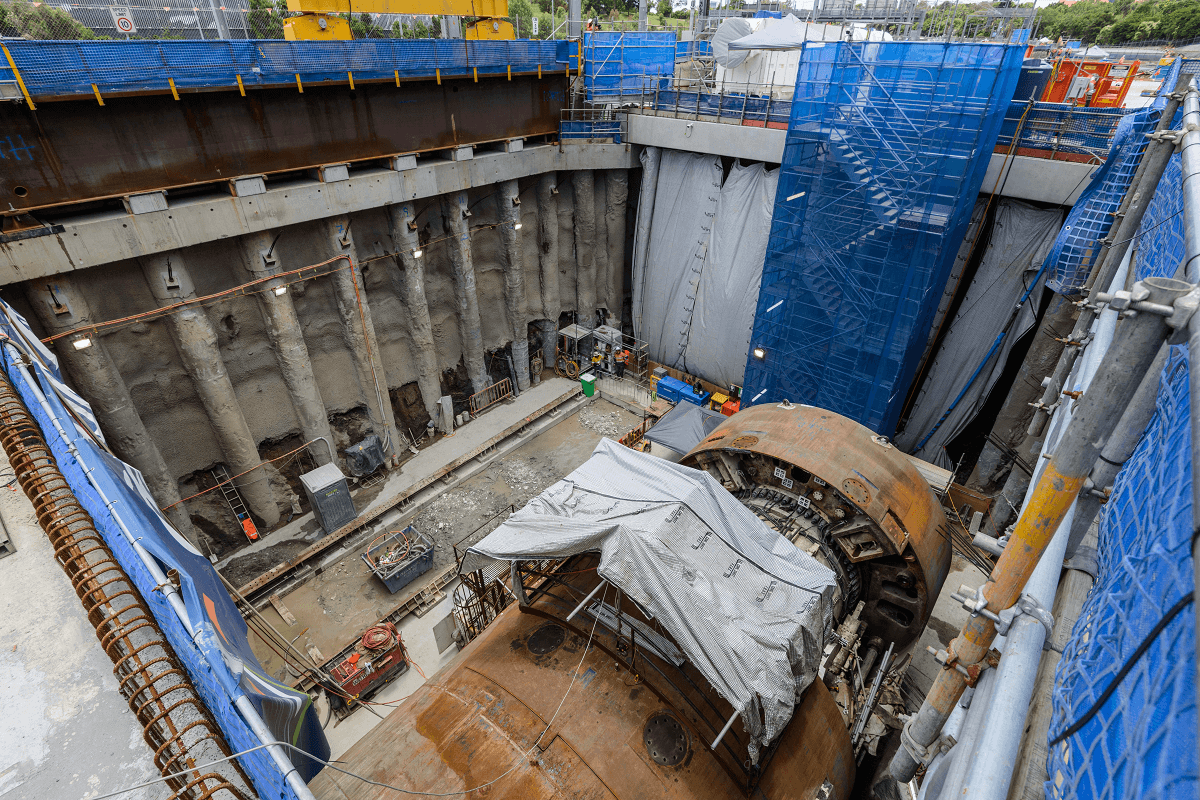