From late June 2020, the UNITY Alliance will commence construction at Fairfield station with the establishment of temporary project site facilities as part of the Cross River Rail project. The facilities will be onsite for the duration of construction for approximately 18-24 months.

As part of the station upgrade, works will involve: 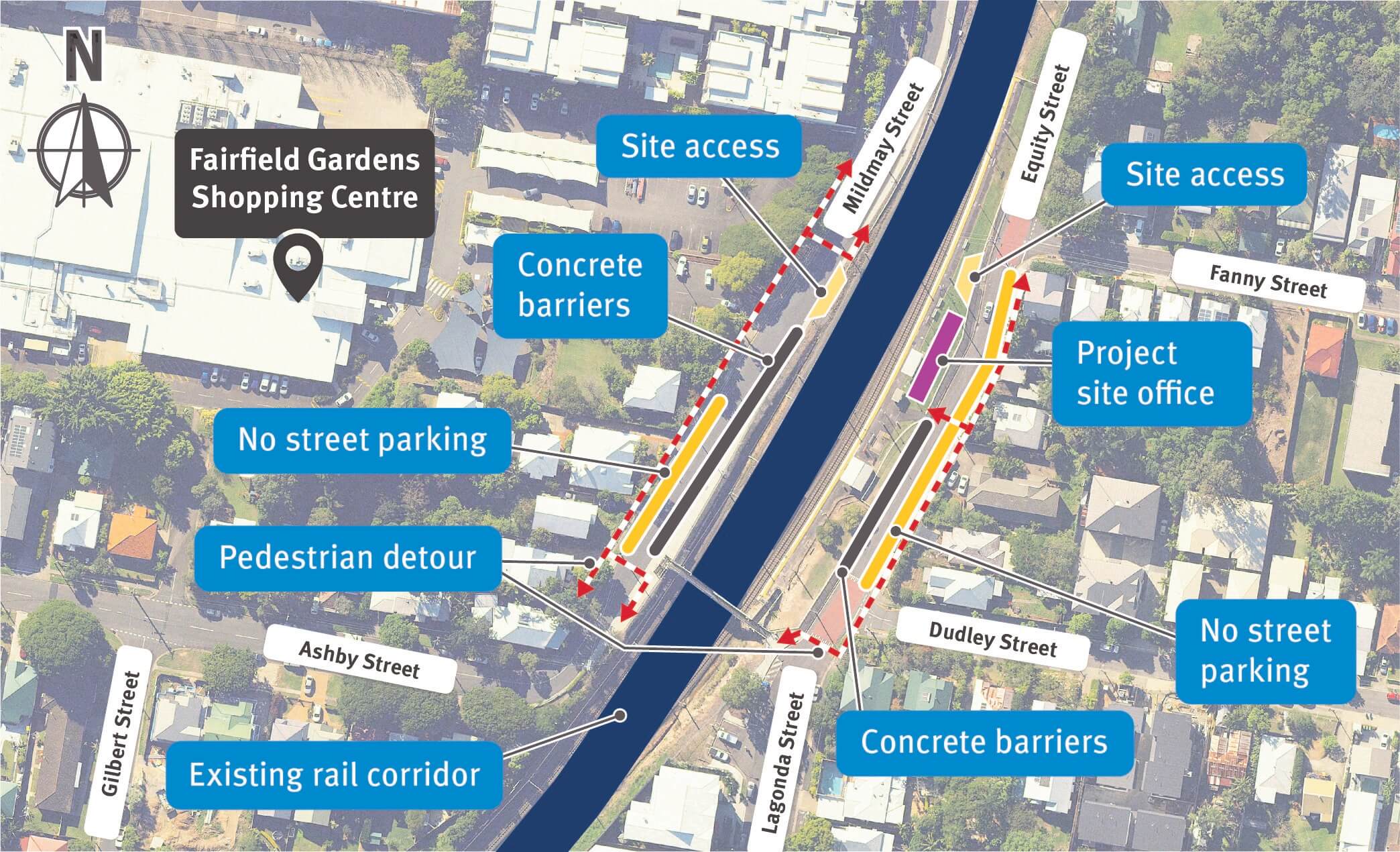 Activities are scheduled to occur between 6:30am and 6:30pm, Monday to Saturday. The site office may also be used intermittently during planned night works.

As part of the site establishment, works will involve:

Due to the ongoing use of this site facility, you may notice some intermittent disruptions such as:

Every effort will be made to keep disruption to a minimum for residents and businesses in close proximity to the project site.

We appreciate your patience during construction and use of this compound and will continue to update you as work progresses.

The station will remain operational during construction of the Fairfield station upgrade. Some station closures will be required during planned track closures. Residents and customers will be notified prior to these closures occurring.

If you want to know more, all of this information is available in PDF form: