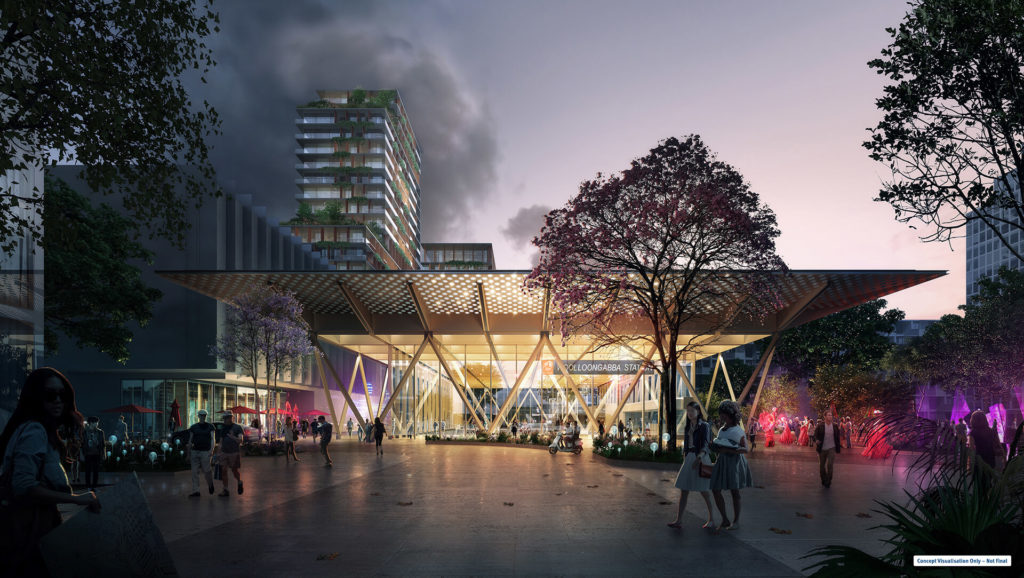 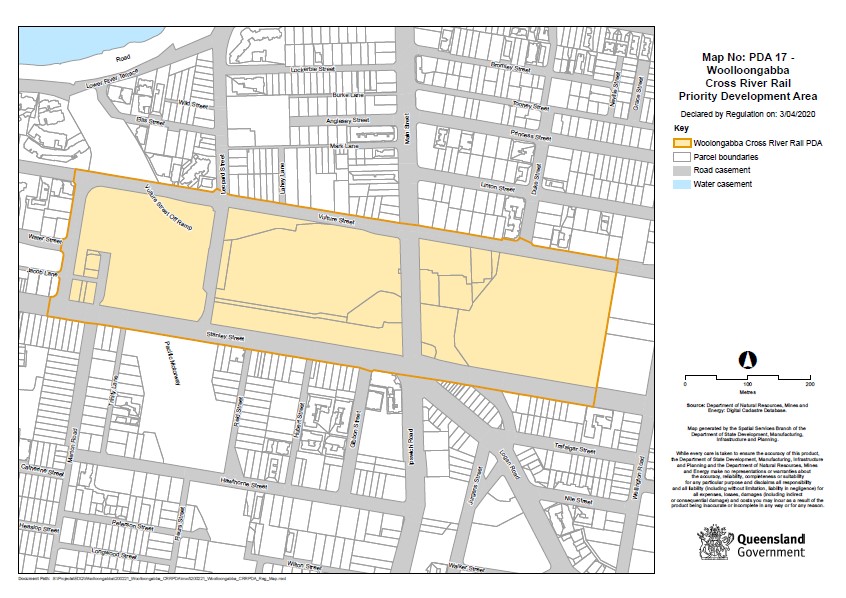 A schedule of amendments outlining the above-described changes can be accessed here.

The Interim Land Use Plan (dated November 2021) has effect from 24 November 2021. It provides a planning framework for development within the PDA for a period of up to 12 months or until the development scheme is finalised.

The Cross River Rail Delivery Authority is responsible for planning and development assessment within the Woolloongabba CRR PDA.

The Cross River Rail Delivery Authority has worked closely with the Brisbane City Council, Economic Development Queensland, relevant state agencies and specialist planning consultants in declaring the PDA. The community will have the opportunity to have their say when the proposed development scheme is released for public notification.

Applications for development within the PDA will be assessed and decided by Cross River Rail Delivery Authority, as delegate of the Minister for Economic Development Queensland (MEDQ).

Until such time as a development scheme is finalised, applications will be assessed against the new Interim Land Use Plan (November 2021) rather than the Brisbane City Plan 2014.

Applications will be assessed against the development scheme once finalised.

The Gabba has been home to sport in Queensland for over 126 years but in its current form, it hasn’t always kept pace with enhancements or redevelopment of other major stadia in capital cities throughout Australia. Over the coming years, redevelopment of the Gabba is needed to support the long-term professional sport, community and entertainment needs of Brisbane and South East Queensland including attracting national and international sporting and entertainment events. This need is present irrespective of Brisbane 2032, however the event provides a catalyst to accelerate redevelopment and deliver a significant legacy outcome for Brisbane and Queensland.

The Interim Land Use Plan (dated November 2021) has effect from 24 November 2021. It provides a planning framework for development within the PDA for a period of up to 12 months or until the development scheme is finalised.

Yes, the Queensland Government has committed to make 50 per cent of the precinct into open space that will be co-designed with the community.

Modelling shows that approximately 17,980 people will use the Woolloongabba underground station each typical weekday by 2036.

The final tunnel alignment and concepts for the station entrances are outlined here.

Anyone can make a submission about a development application which triggers notification.

The heritage sites within the PDA are protected.

In accordance with the Interim Land Use Plan (November 2021), development within the PDA will have to provide for the conservation of heritage places whilst providing flexibility for sensitive adaptive re-use opportunities.

Any development or adaptive reuse proposal will be assessed against the Interim Land Use Plan (November 2021) until such time that the development scheme is finalised.

There were errors with your submission. Please try again.