Today marks the beginning of a new future for Fairfield station with upgrade works beginning which will both increase the station’s capacity and most importantly improve the station’s accessibility.

Fairfield is the first of the six stations in the program of works with Yeronga, Yeerongpilly, Moorooka, Rocklea and Salisbury stations all due to receive upgrades also.

The very first Fairfield Station was opened more than 130 years ago and it has undergone a number of upgrades since then, including being relocated and rebuilt following the 1893 Brisbane flood.

In January and February this year we invited the community to have their say on the design for the station and we received over 200 submissions from locals, who stressed to us the importance of supporting the heritage elements as well as modernising the facilities. 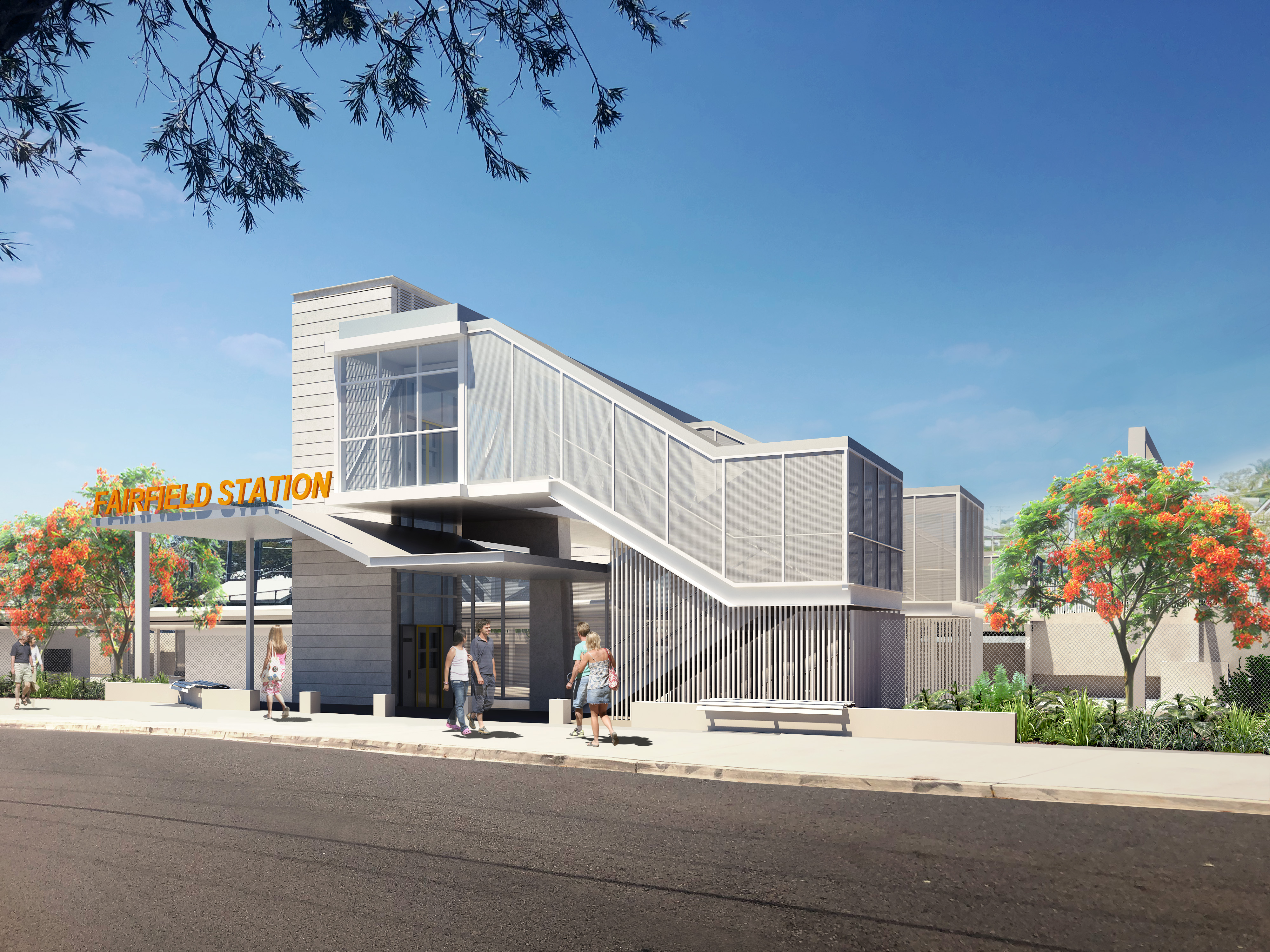 That is why the updated design integrates the old with the new and why the station’s heritage shelter will be removed only temporarily while works are underway.

There will be plenty of new features however, with new lifts, bicycle storage, safe pedestrian access, additional shelters and landscaping all forming part of the works.

Local communities and commuters will continue to be able to have their say in these works.

New features of the Fairfield station include: