A new online tool has been launched on Cross River Rail’s website so the public can follow the project’s mega tunnel boring machines in real time as they dig the Project’s twin tunnels beneath Brisbane.

Cross River Rail Delivery Authority CEO Graeme Newton said TBMs Else and Merle – both weighing in at 1350-tonnes – were excavating the project’s twin tunnels from Woolloongabba north towards Albert Street.

Meanwhile, two 115-tonne roadheaders were excavating the tunnels in the opposite direction from Woolloongabba towards Boggo Road.

“With TBM Else and TBM Merle on their way north, and the project’s roadheaders excavating south, Cross River Rail’s year of tunnelling is well and truly underway,” he said.

“While progress on the transformational Cross River Rail project might be obvious above ground, what might not be appreciated or understood is just the sheer scale of work taking place beneath our feet,” he said.

Mr Newton said each TBM was equipped with trackers and sensors which fed technical information to the project team in real time.

“We’ve been able to use the data the TBMs send us to add the TBM Tracker to our website, which can be viewed on either your computer or your mobile device,” he said.

“It means you can check out where our TBMs are, wherever you are, as they journey under the city.”

Mr Newton said the TBMs would reach Albert Street mid-year, before continuing to Roma Street and finally emerging at the project’s northern portal at Normanby before the end of 2021.

“Our TBMs are like underground factories – they’re 165 metres long and not only are they excavating the project’s twin tunnels, but they are lining the tunnels walls with 25,000 concrete segments along the way,” he said. 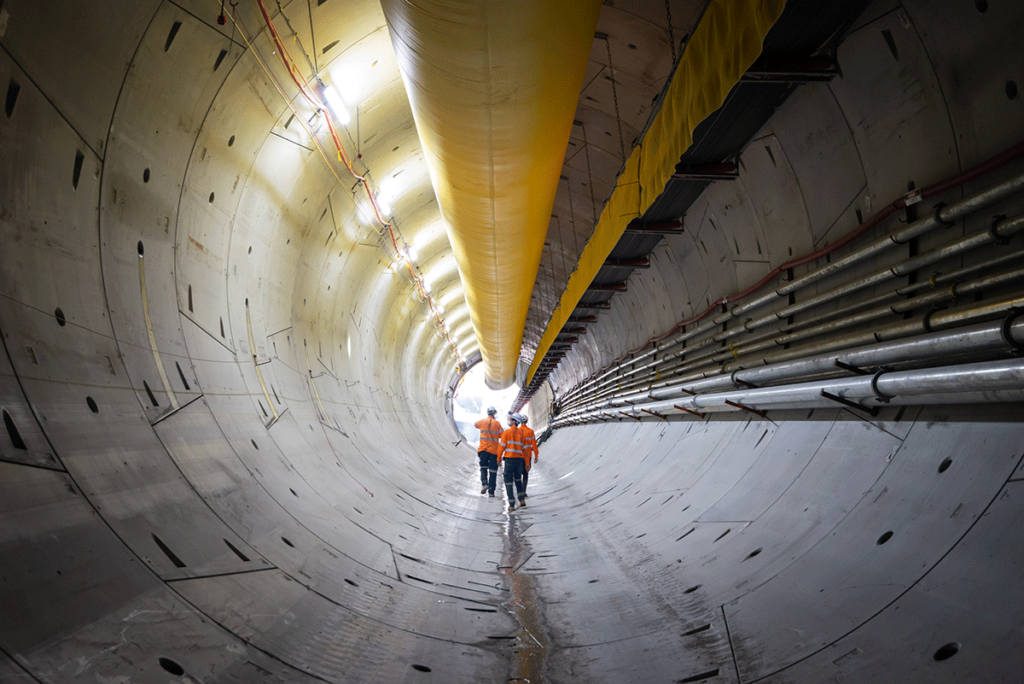