Once the new underground station is in place, over 230,000 commuters are expected to use Roma Street as a transport hub every week by 2036, the equivalent of over four capacity crowds at nearby Suncorp Stadium.

This significant improvement in transport connectivity will generate opportunities for urban renewal, and the potential to realise plans for Brisbane Live that are currently under Government consideration. Brisbane Live is an 18,000-seat indoor entertainment centre, designed to be constructed over tracks to the immediate east of the current Roma Street station. In addition, the Brisbane Transit Centre will be replaced by a new public open space with ample opportunity for the development of new retail, residential and commercial premises. 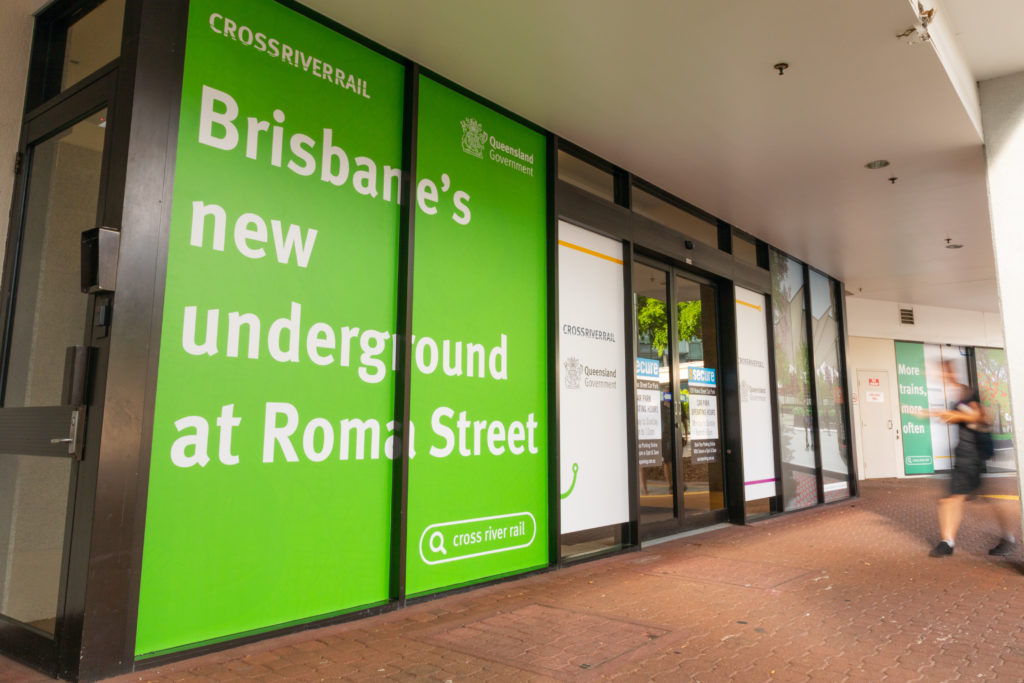 The Coach Terminal is currently located on Level 3 of the Brisbane Transit Centre west tower and is being relocated to a temporary facility at Parkland Crescent, adjacent to Platform 10 of the existing Roma Street station.

You can find out more about the changes proposed for the Roma Street precinct here.

With the addition of a new high-capacity underground station, Roma Street will become our State’s most significant transport interchange and Brisbane’s ‘Grand Central’, connecting passengers with the existing suburban bus and rail networks, as well as regional and interstate bus and train services.