A section of Albert Street in Brisbane’s CBD between Mary and Charlotte Streets will be closed to vehicles as work begins on Cross River Rail’s new, inner-city underground train station.

A new permanent pedestrian plaza will be built between Mary and Charlotte Streets as station construction is completed.

“While it will be closed to vehicles between Charlotte and Mary Streets permanently, we are keeping it open for pedestrians throughout the construction period.”
“This also means that businesses along Albert Street can remain open and city centre residents and workers can continue to pass through the area on temporary pedestrian paths.”

The road closure will be in effect from midnight on 29 September and signage will be installed at the site prior to this to ensure people are aware of changes before they occur. 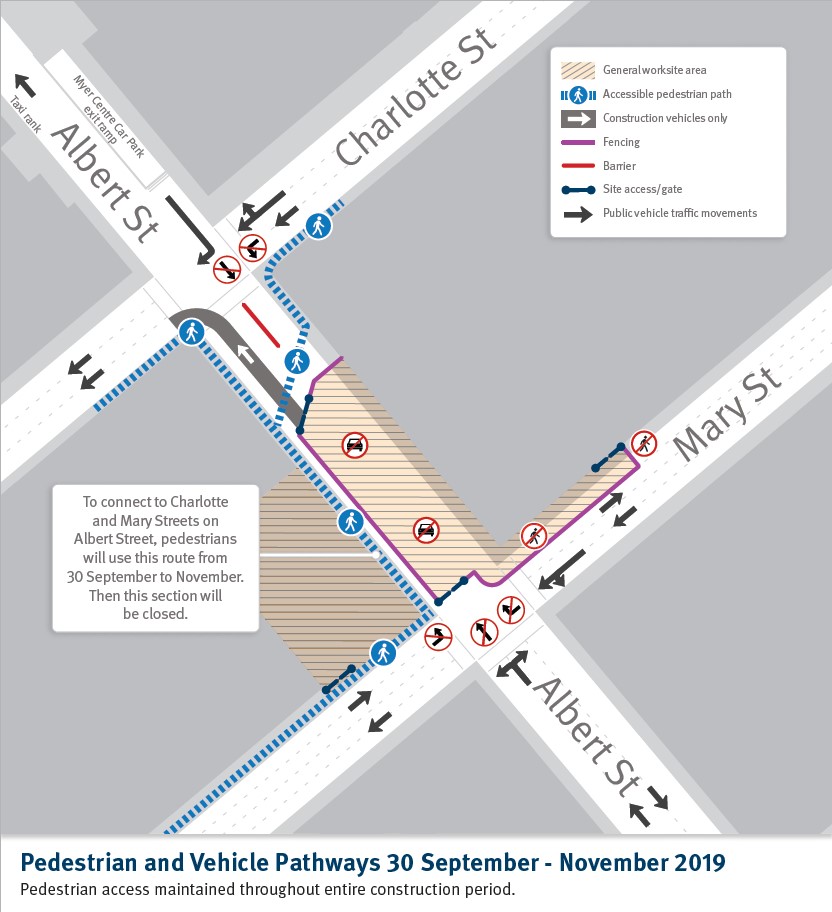 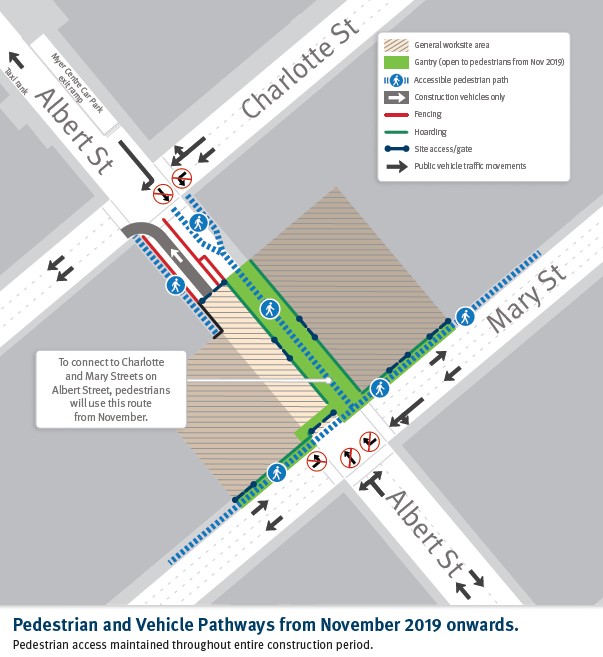 “Cross River Rail is Queensland’s largest infrastructure initiative and with projects of this size some road closures and an element of disruption are necessary, and every effort is being taken to minimise impacts wherever possible,” said Mr Newton.

“The new underground station at Albert Street will be a high capacity train station with up to 67,000 people expected to use the new station every workday by 2036,” Mr Newton said.

“The station will be located on the corner of Mary and Albert Streets, and will transform access to the City Botanic Gardens, QUT Gardens Point Campus, our Parliamentary precinct, and destinations such as Queen Street Mall and Eagle Street.

“This station will also be an important transport connection for the new Queen’s Wharf Brisbane resort, and a catalyst for revitalisation of the Brisbane CBD.”

For more information about construction at Albert Street, click here.