While most of the spotlight has rightly been on the project’s two massive Tunnel Boring Machines (TBMs) as they begin excavating the bulk of Cross River Rail’s twin tunnels from Woolloongabba through to the project’s northern portal to Normanby, the roadheaders have their own vital role to play.

With the TBMs heading north from the Woolloongabba site, two 115-tonne roadheaders last month started the 870 metre journey south to mine the remainder of the tunnel to Boggo Road.

The two machines, which helped to excavate Woolloongabba’s station cavern, will now use their rotating excavating heads – known as ‘pineapples’ – to excavate between two to five metres of rock per day.

They are able to excavate about 60 tonnes of rock per hour, and are expected to remove about 86,000 cubic metres of spoil to make way for Cross River Rail’s twin tunnels.

Each roadheader’s ‘pineapple’ will wear away more than 30 picks during an eight-hour shift.

The roadheaders are expected to break through to the new Boggo Road underground station site by the end of the year.

With the TBMs also expected to breakthrough at the northern portal by year’s end, after travelling via the Albert Street and Roma Street sites, it means Cross River Rail’s entire 5.9 kilometres of twin tunnels with be completed by the end of 2021.

You can find out more information about tunnelling on the project here. 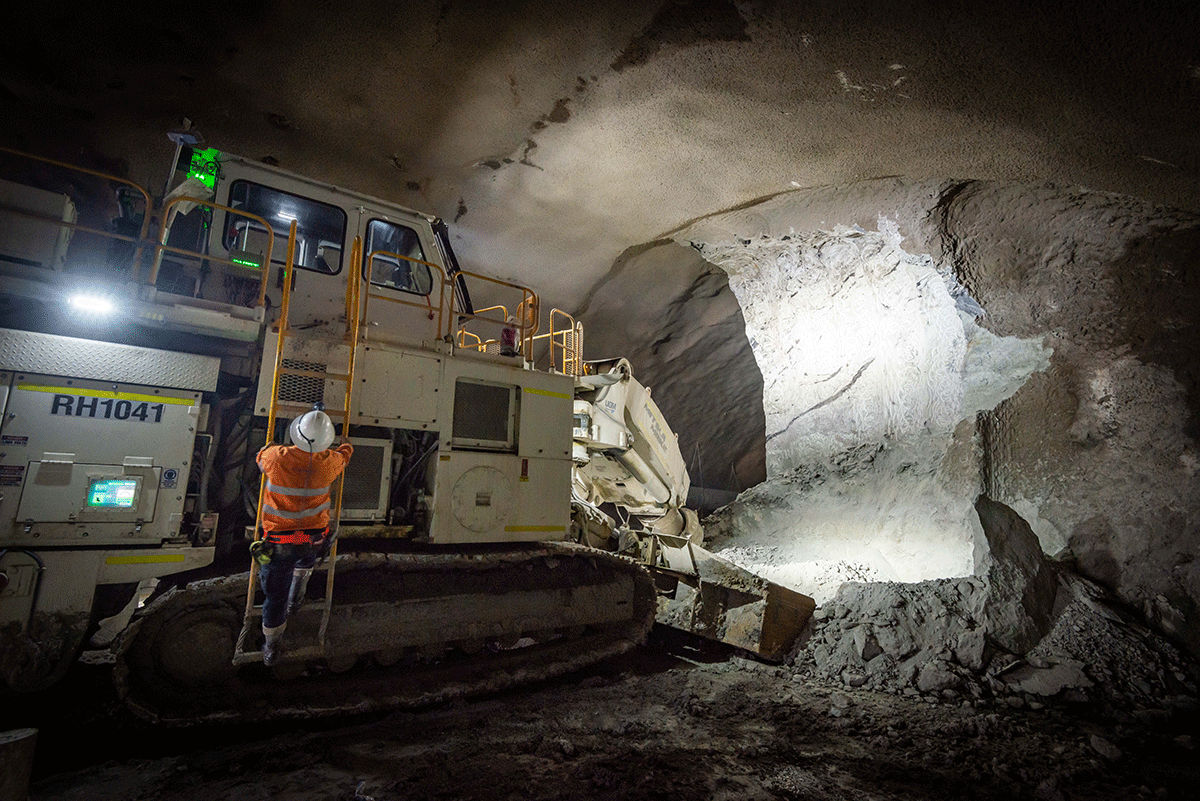