Cross River Rail’s massive twin Tunnel Boring Machines (TBMs) have been named after two groundbreaking Queensland women, in honour of their outstanding contributions to the state.

The first TBM to launch will be named ‘Else’ after trailblazing engineer Else Shepherd AM, while the second will be known as ‘Merle’ in honour of pioneering feminist Merle Thornton AM.

The thinking behind the choices is that these two women have forged ahead, led the way and helped create a better future for this state, just like the Cross River Rail TBMs will.

Professor Shepherd has blazed the way for women entering fields such as engineering, while Mrs Thornton has been at the forefront of women’s rights and social justice issues in Queensland.

Professor Shepherd – one of the first two women to graduate with a degree in electrical engineering in Queensland – said she was honoured to be considered a groundbreaker, and enjoyed meeting female engineers and staff now working on the Cross River Rail project.

“By being a female engineer when there weren’t many of us, I hope I’ve given other women the courage to do what they want to do – there’s nothing stopping us,” she said.

Mrs Thornton – a feminist activist best known for her iconic protest at the Regatta Hotel in 1965 when she and a friend chained themselves to a bar rail to challenge women’s exclusion from public bars in Queensland – said she enjoyed the idea of having a 1350-tonne TBM named in her honour.

“I wouldn’t say I’ve had a ‘boring’ life, but I have always tried to cut through on various social issues, so perhaps it is fitting to have my name on one of these massive tunnelling machines,” she joked.

TBMs are traditionally named after women, stemming from a long-standing tradition dating back to the 1500s when miners prayed to their patron saint, Saint Barbara, to protect them underground.

You can read more about our two Groundbreakers below. 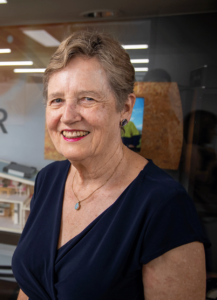 Professor Shepherd has been blazing her own trail her entire life.

At school, she loved maths and physics, and although her father encouraged her to study medicine, she chose her own path and studied engineering at The University of Queensland (UQ).

In 1965, Professor Shepherd was one of two women who became the first in Queensland to graduate with a degree in electrical engineering.

After graduating, she married and moved to Mackay to work as a sugar industry process engineer. It was at a time when it was unusual for married women to work when they did not need to, especially in a factory.

When she joined the Institution of Engineers Australia in the 1960s, she was unable to attend their meetings, which were in a men’s only club, but she insisted on a venue change so she could attend. In 2000, the same professional body named her the Queensland Professional Engineer of the Year.

Professor Shepherd served as chair of Powerlink Queensland for 17 years, has founded her own companies, was appointed a Member of the Order of Australia in 2003 and received an honorary doctorate from The University of Queensland in 2011 for her status as a role model for women in non-traditional fields.

She is currently Adjunct Professor and CEO in Residence at Queensland University of Technology’s Science and Engineering Faculty. 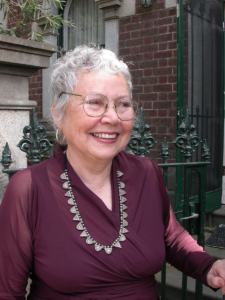 On March 31, 1965, Merle Thornton and friend Rosalie Bogner chained their ankles to the front bar at the Regatta Hotel and demanded a drink, in protest of liquor laws at the time that banned women from public bars in Queensland.

The protest made international headlines and in 2009, then-Premier Anna Bligh announced it as one of Queensland’s most defining moments as part of Q150 celebrations.

Although the protest is what Mrs Thornton is best known for, it was just one of many pursuits in her fight for women’s rights and social justice. She established the Equal Opportunities for Women Association in 1965, and as its president led a successful campaign to end to ‘marriage bar’, which required women to give up their jobs in the Australian public service after they were married. While working as an academic at UQ, she introduced the first Women’s Studies course in Queensland in 1973.

Mrs Thornton has written several academic papers on feminism and women’s rights, and just this year at the age of 90, published Merle Thornton: Bringing The Fight, a memoir about her life and her activism.

The bar she famously chained herself to in protest is now named ‘Merle’s Bar’ in her honour. In 2015, she was appointed a Member of the Order of Australia for her service as an advocate for women, indigenous rights and to the arts, and last month was awarded an honorary doctorate from UQ.