Expo 88 art relocated from Landcentre ahead of building demo

An art installation commissioned for Brisbane’s World Expo in 1988 has been removed from the Landcentre at Woolloongabba ahead of the building’s demolition.

‘The Drover and his Mate’ by John Underwood was part of The Human Factor art series.

Some 30 years on from its creation, the artwork was recently recovered from the Landcentre and transferred to the Brisbane City Council for safekeeping and restoration. 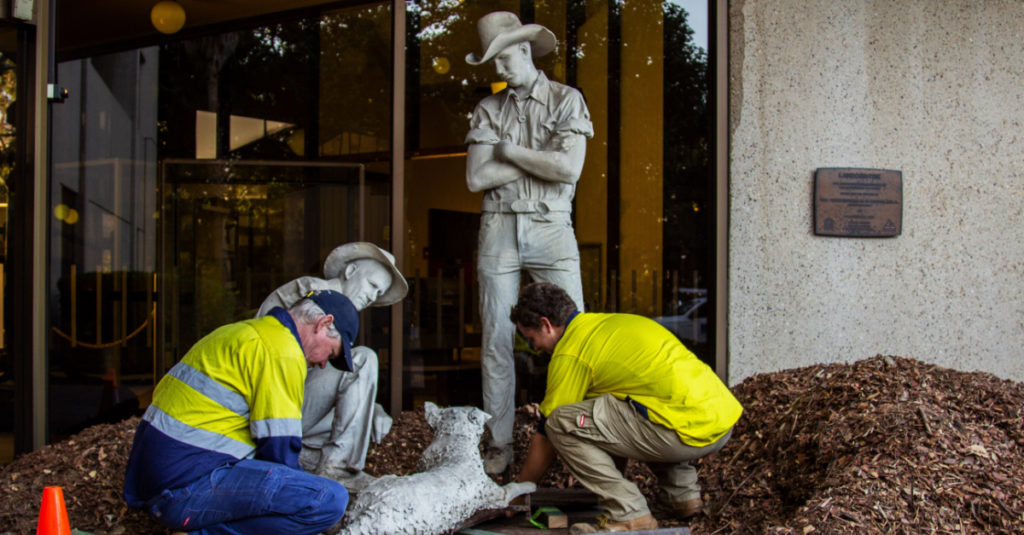 This is one of the largest demolition projects undertaken in Brisbane with major works scheduled to start in September. The adjacent Goprint site was cleared in February.

When construction starts in late 2019, the Woolloongabba site will be the engine room of the project, hosting the massive tunnel boring machines used to dig the project’s twin 5.9km tunnels under the Brisbane River and CBD.

One of Underwood’s other works ‘The Drovers’ was located on Anne Street in the City for many years and gathered plenty of interest from locals and tourists alike.

The new underground station at Woolloongabba will provide passengers with high frequency services, as well as improved access to The Gabba Stadium and Woolloongabba’s local entertainment district.