Crews constructing the cavern at Cross River Rail’s new Boggo Road station have used an interesting method that differs from the processes used at the project’s three other underground sites.

Boggo Road station is being built just below the surface under existing public transport infrastructure, including above ground rail lines.

The 24-metre-wide cavern itself was excavated under the Boggo Road busway and Park Road station.

Because of this, crews on site have installed canopy tubes to account for shallow parts of the Boggo Road tunnel and provide additional support for the station cavern.

To reinforce the station cavern and the tunnel roof, canopy tubes were formed into an umbrella shape, which had 19 concrete filled steel pipes. Each tube was 506 millimetres in diameter and are 102 metres long.

The tubes were drilled horizontally into the cavern by rigs, and then filled with grout.

The canopy tubes were installed earlier this year and took three months to complete.

The same method has been used for Sydney Metro and was last used during a major project in Brisbane during Legacy Way.

It was not required to build Cross River Rail’s other underground stations – Roma Street, Albert Street and Woolloongabba – which are further below ground.

Meanwhile, two roadheaders mining the 870-metre-long twin tunnels from Woolloongabba through to Boggo Road and are about a third of the way through.

Images below
Top Left: Diagram showing the installation process for the canopy tubes; Top Right: Progress of the cavern excavation in April 2021
Bottom Centre: Cavern excavation progress in May 2021 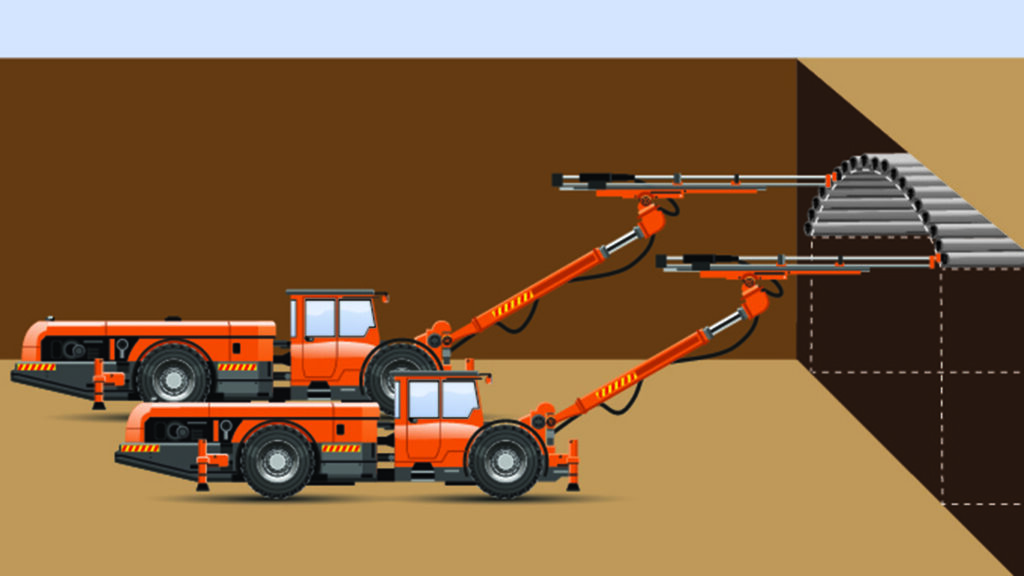 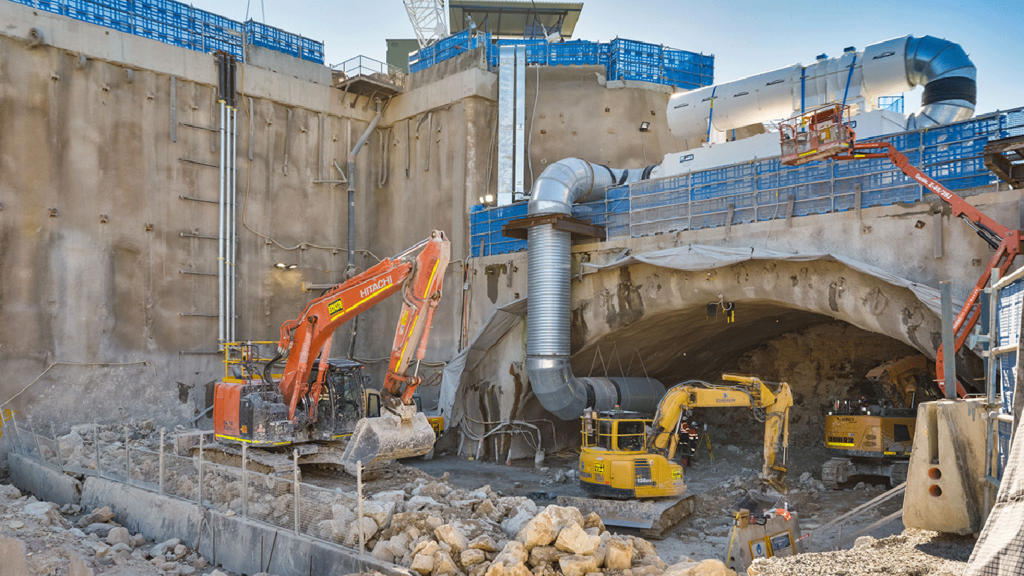 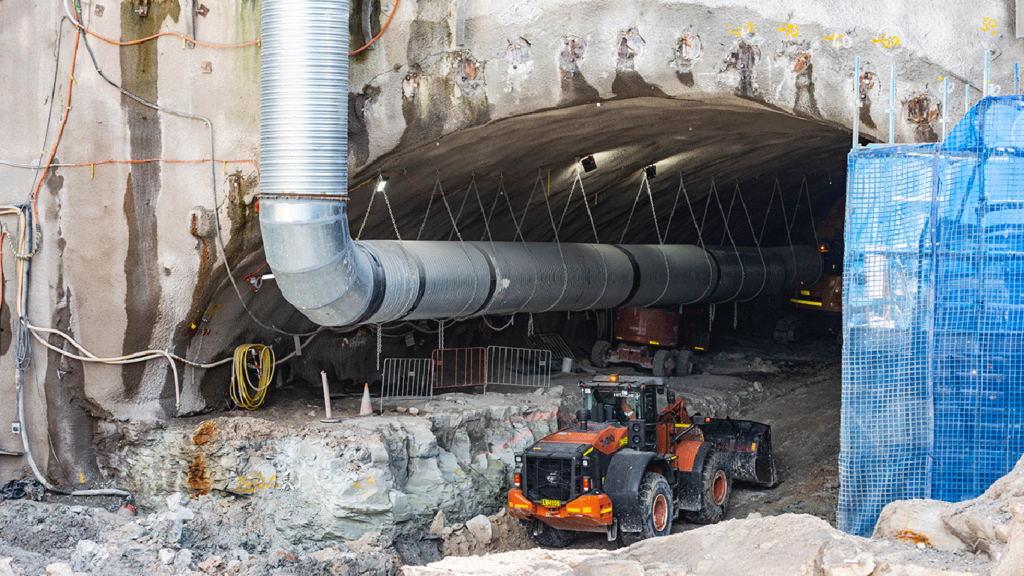 When built, the new underground station will see Boggo Road become South East Queensland’s second busiest transport interchange, with over 22,000 commuters expected to use the new station each weekday by 2036.

Find out more about progress on Cross River Rail here.