As Queensland’s biggest infrastructure project, Cross River Rail is completing a scope of work never before seen in the state’s history.

We take a look at just some of the most impressive feats of engineering completed so far during the construction of Brisbane’s new underground. 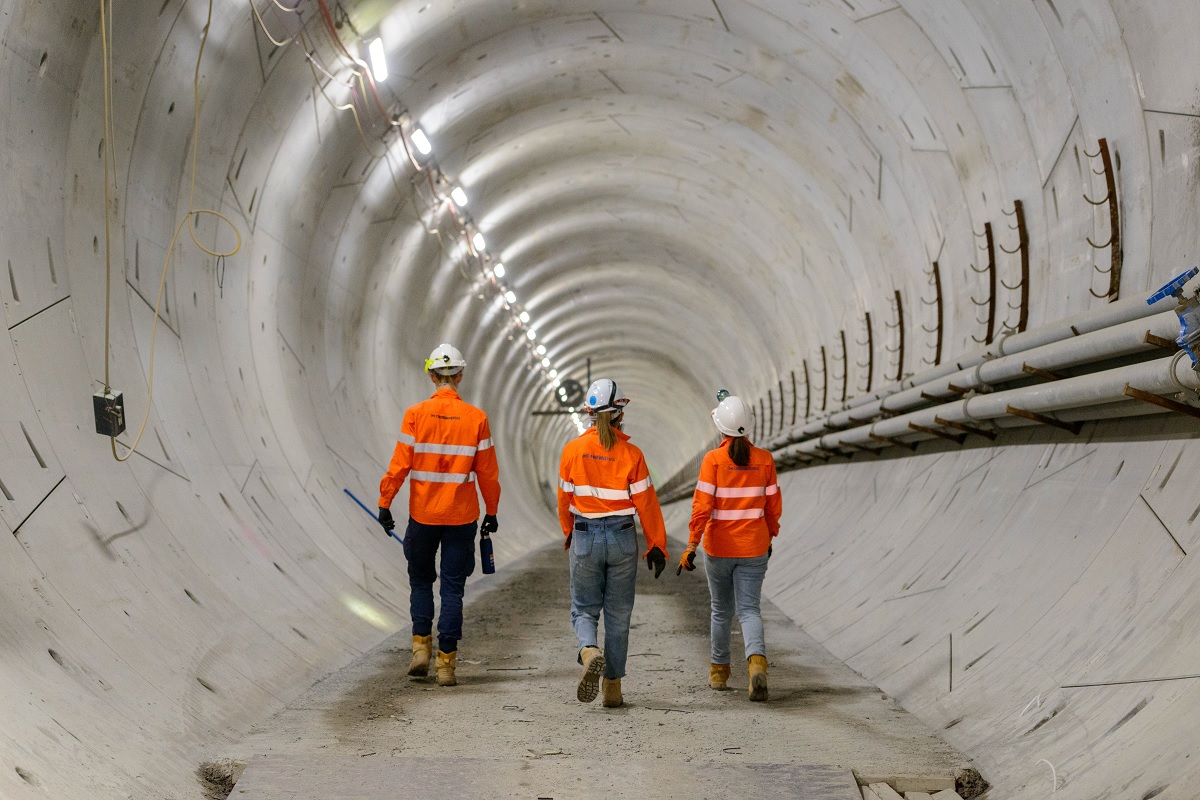 The 5.9-kilometre twin tunnels that now stretch from Dutton Park to Bowen Hills under the Brisbane River and CBD are the key component of our mega project.

The mammoth excavation task, which used 165-metre-long Tunnel Boring Machines and 115-tonne roadheaders to remove over 400,000 cubic metres of spoil, was completed at the end of 2021 in what has become known as Cross River Rail’s “Year of Tunnelling”. 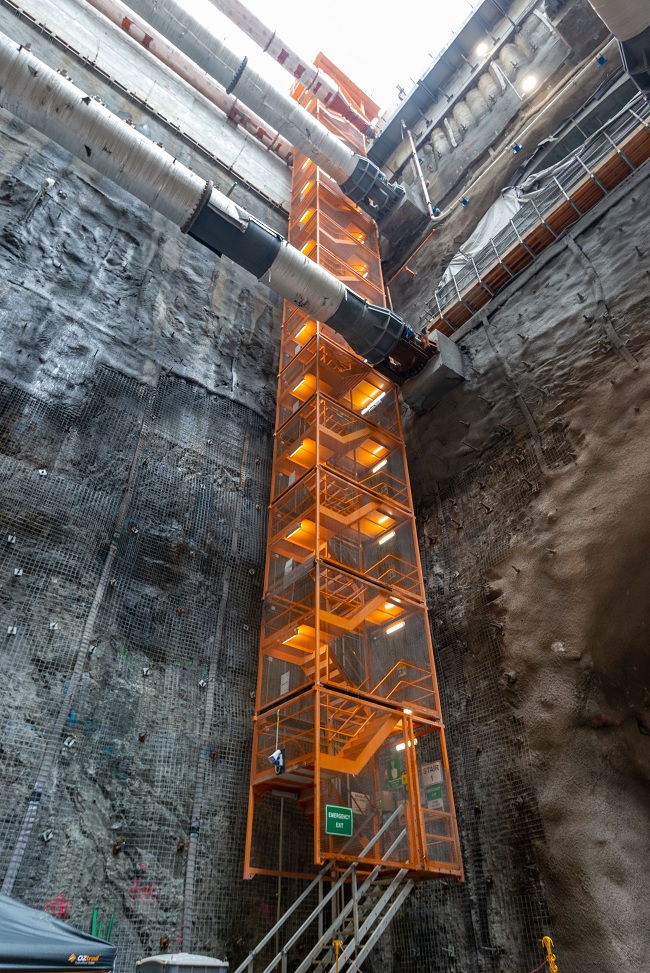 Our record-breaking Albert Street station box holds the title for deepest hole ever excavated in Brisbane.

Reaching 50 metres below ground at its deepest point, crews generated over 47,000 cubic metres of spoil while excavating the hole, which will house the first new train station in Brisbane’s CBD in 120 years. 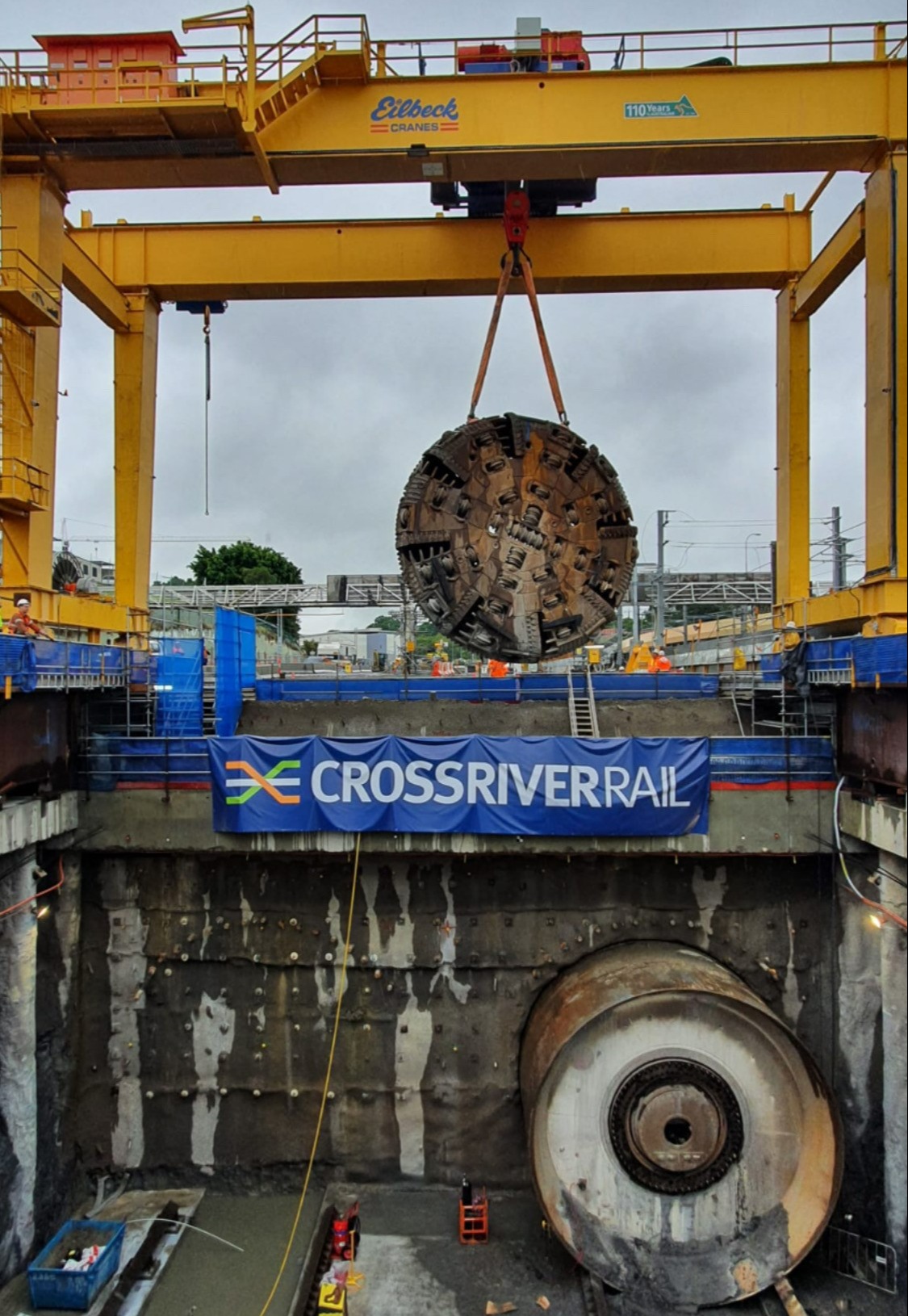 Lifting Cross River Rail’s two 1350-tonne, 165-metre-long mega TBMs was no small job, making it all the more impressive that our 280-tonne gantry crane did it twice.

The crane lowered the TBMs into Woolloongabba’s station box before they began tunnelling in early 2021, before relocating to the project’s Northern Portal to extract the mega machines piece-by-piece after they completed their 3.8-kilometre journey. 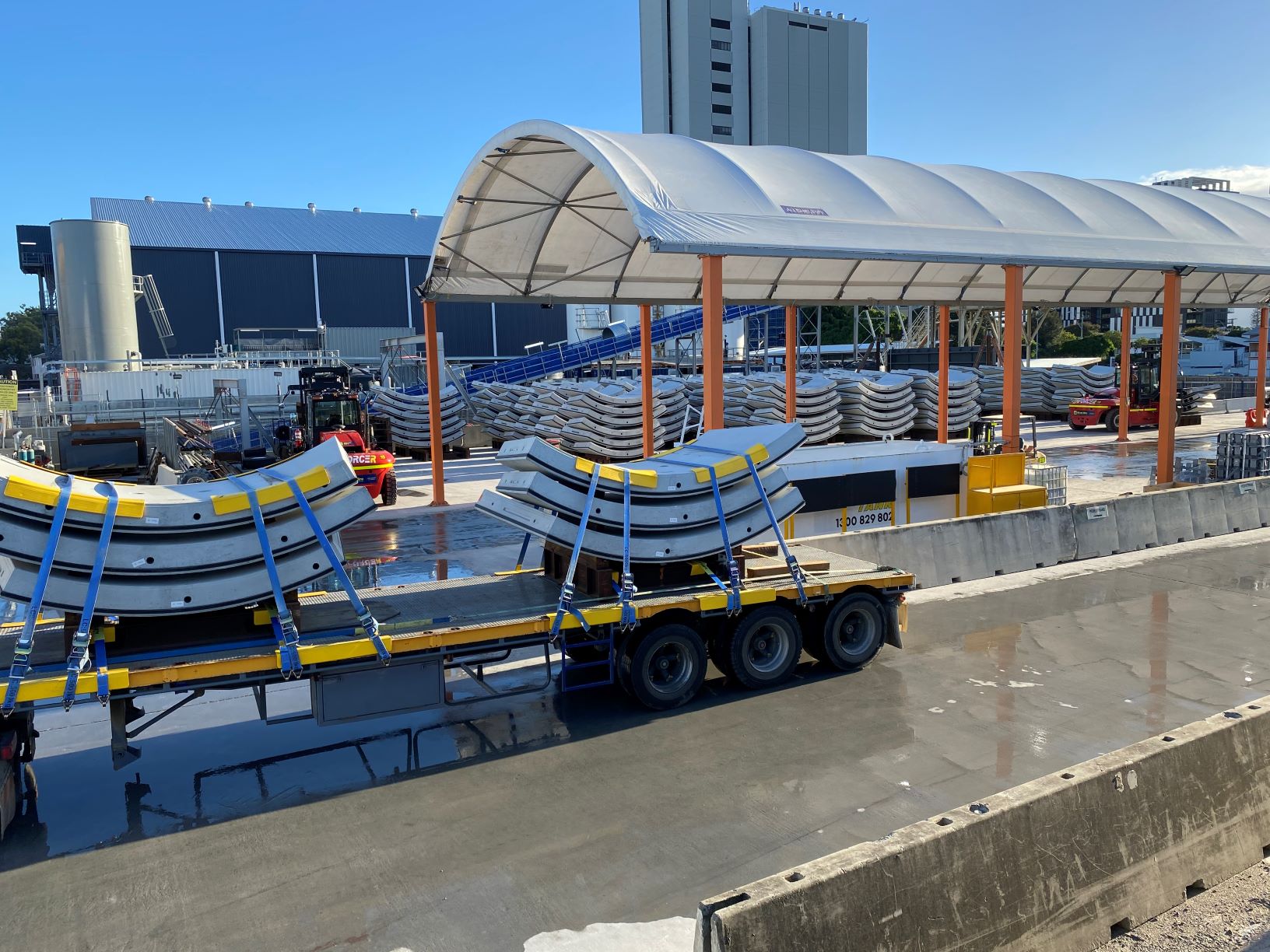 Over 27,000 4.2-tonne tunnel segments were made to line the 3.8km section of tunnel between Woolloongabba and the Northern Portal carved out by our mega TBMs.

Cast at Wagners Concrete in Wacol, around 110,000 tonnes of concrete was used to make the segments that now line the tunnels. 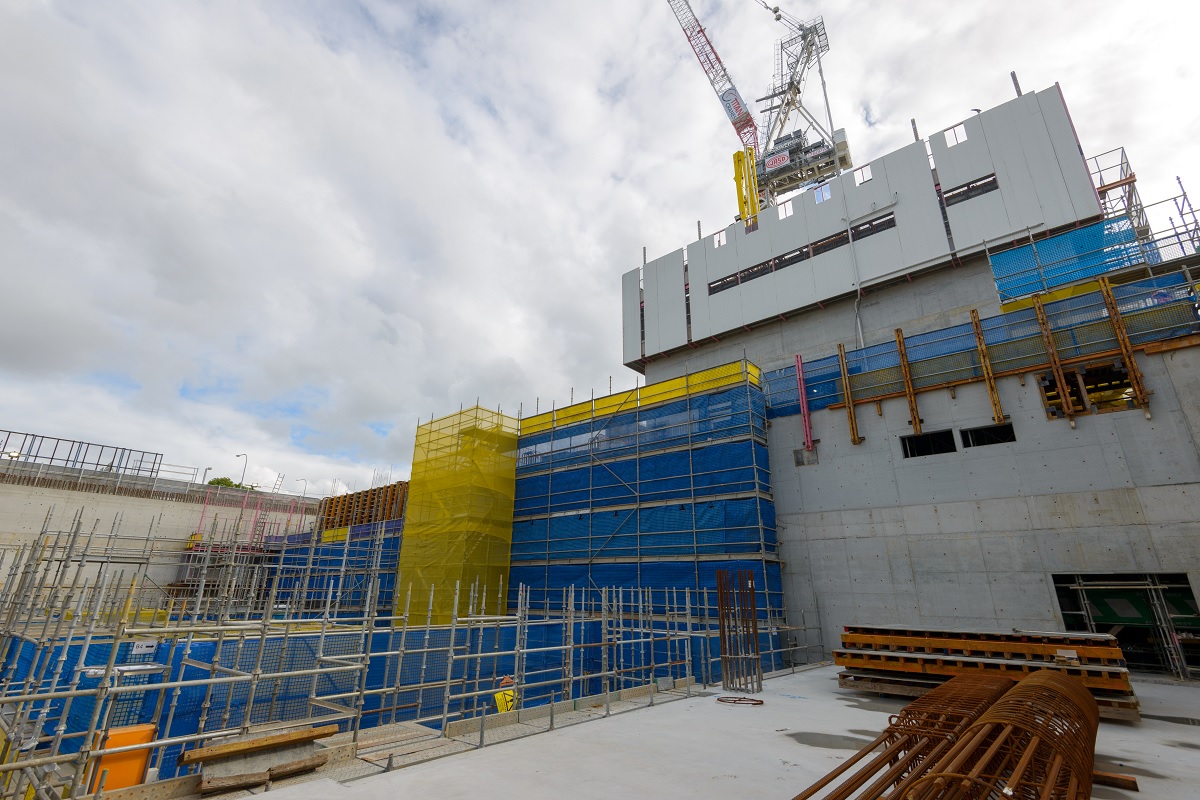 The future Woolloongabba station is being built using an innovative jumpform method – a self-supporting method of concrete construction where each level is built on top of the last.

The method has helped crews build the future transport hub up from the bottom of Woolloongabba’s 33-metre-deep station box, with the highest point now 21 metres above surface level. 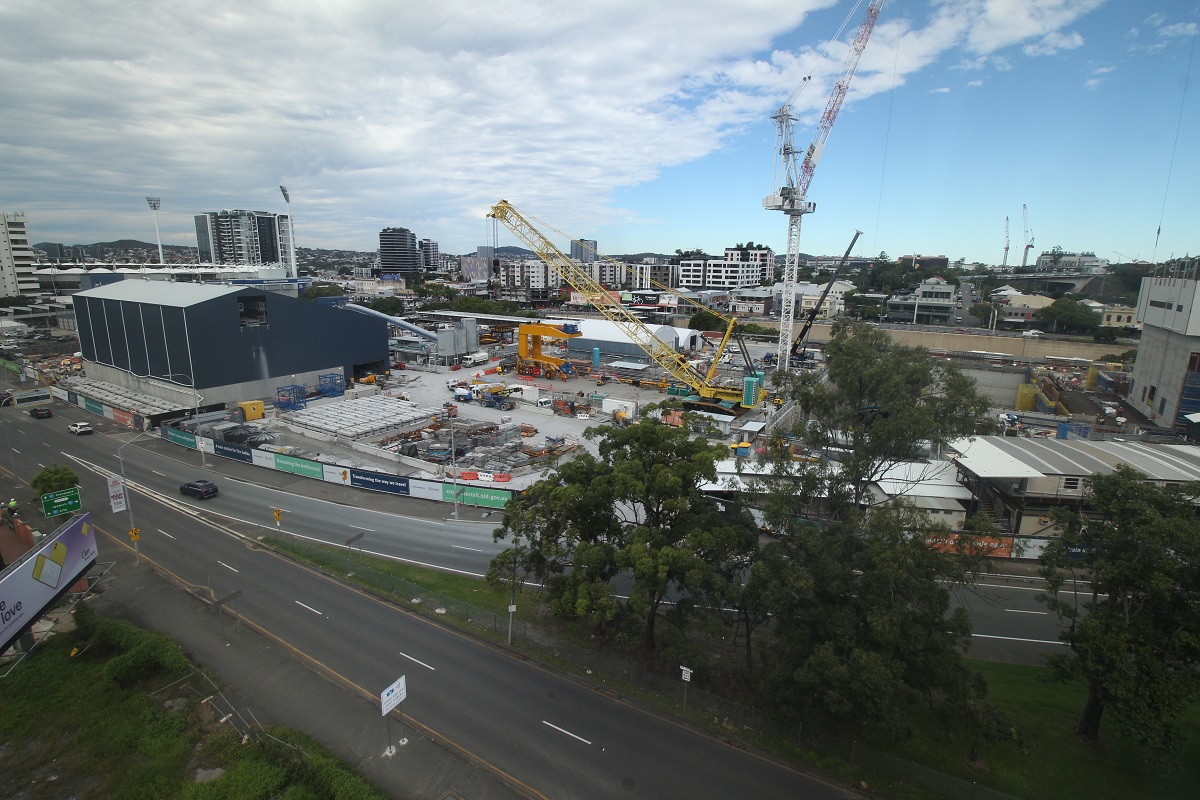 Our new crawler crane at Woolloongabba has been the talk of the worksite recently, and it’s pretty clear why when you see it in action.