Significant progress is being made on seven stations in Brisbane’s south being delivered through the Cross River Rail project, with the complete rebuild of one station almost finished.

“The stations between Dutton Park and Salisbury are some of the oldest in the entire South East Queensland rail network and need
upgrades to improve accessibility and passenger amenities,” he said.

“So while our underground stations take shape and tracks are being laid in our twin tunnels, it’s also terrific to see the incredible work being done on the southside stations, which will significantly improve rail travel for the local community.” 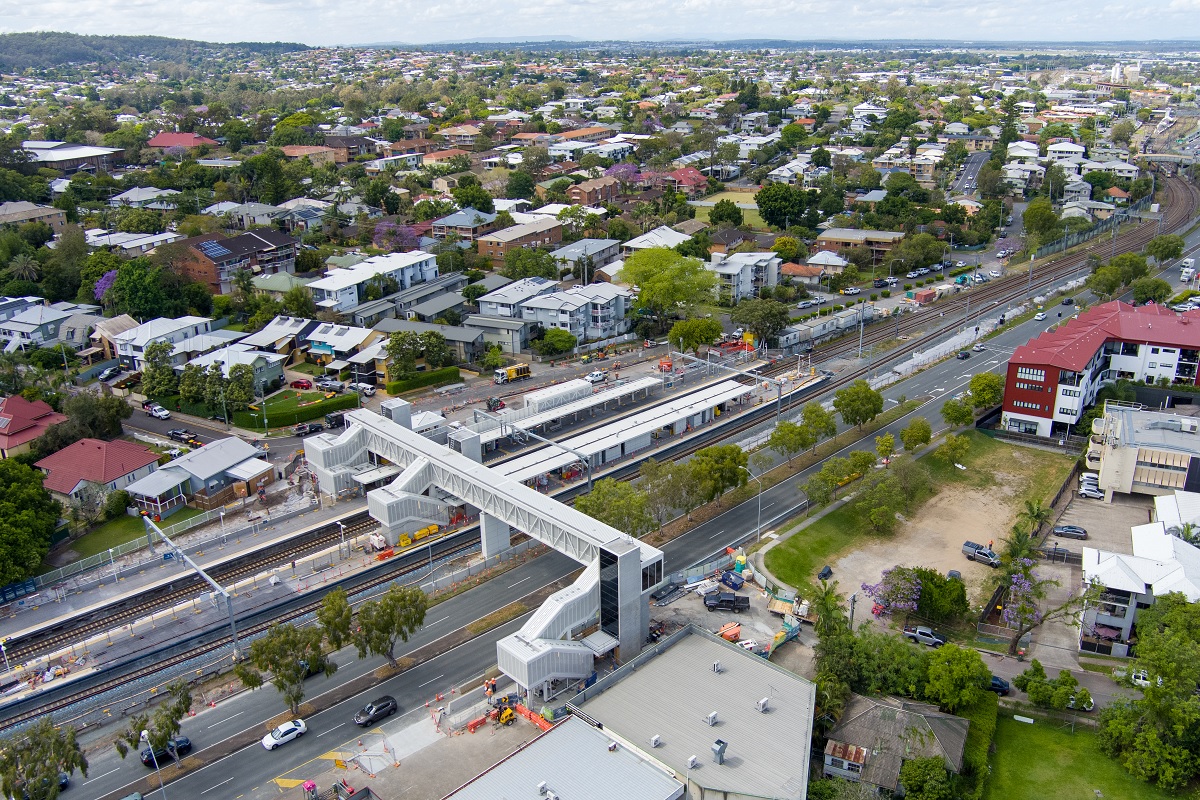 Yeronga station – one of the southside stations being rebuilt through the Cross River Rail project.

Mr Newton said works were nearing completion at Yeronga station, significant progress was being made at Fairfield and Rocklea stations, and major works had just commenced at Dutton Park station.

“With the three passenger lifts at Yeronga being progressively opened to the public between now and January, the first southern station rebuild is almost complete,” he said.

“It will be a great milestone for the project and a huge win for the local community, with the rebuilt station to feature a new station building, upgraded platforms, three new lifts, and improved access to the platforms.

“We’re also excited to get major works underway on the new Dutton Park station, which will be rebuilt further to the south, allowing modern and accessible platforms to be delivered.

“Meanwhile, Rocklea works are progressing well, including 270 metres of track being lowered in October.

“Finally, although Fairfield station works will continue throughout 2023, the aim is to have the station back open to passengers by mid-January.”

Mr Newton said it made sense to leave Fairfield station’s reopening until after a 10-day track closure over the Christmas and New Year period to allow for important Cross River Rail works, primarily on the southern stations.

“The tremendous progress being made on our megaproject does unfortunately mean there are inevitable disruptions from time to time,” he said.

“From 24 December to 2 January 2023, there will be track closures on the Gold Coast and Beenleigh lines to allow for southern station upgrade works to be carried out safely and efficiently.

“There will also be a track closure on the Cleveland line from 24-30 December.”

Train and replacement bus service times may be different during the 10-day closure. To plan your travel, visit Translink’s Journey Planner.