One of Cross River Rail’s twin tunnels is now fully excavated, with the first of the project’s two massive Tunnel Boring Machines recently completing its 294-day journey below the Brisbane River and CBD.

TBM Else’s breakthrough at Cross River Rail’s northern portal is a significant milestone for the project.

Cross River Rail will transform travel to, from and through Brisbane in the future, and the project’s twin tunnels are central to that.

The breakthrough marked the end of tunnelling for TBM Else – named after trailblazing engineer Professor Else Shepherd AM.

Since completing her journey, TBM Else is being disassembled and lifted out of the northern portal piece-by-piece by the same 280-tonne gantry crane that lowered her into the Woolloongabba station box in early 2021.

Cross River Rail’s second mega machine – TBM Merle – is expected to breakthrough into the northern portal any day now, bringing the project’s year of tunnelling to an end.

The northern portal is an impressive site in its own right, with its 40-strong crew working 24/7 to finish excavating the 12-metre-deep TBM extraction box, ensuring it was ready for the arrival of the project’s two mega machines.

All up, 240 pre-cast roof components, each 18 metres wide and weighing almost 26 tonnes are being installed on the site, which is where trains will enter and exit the twin tunnels when Cross River Rail is operational. 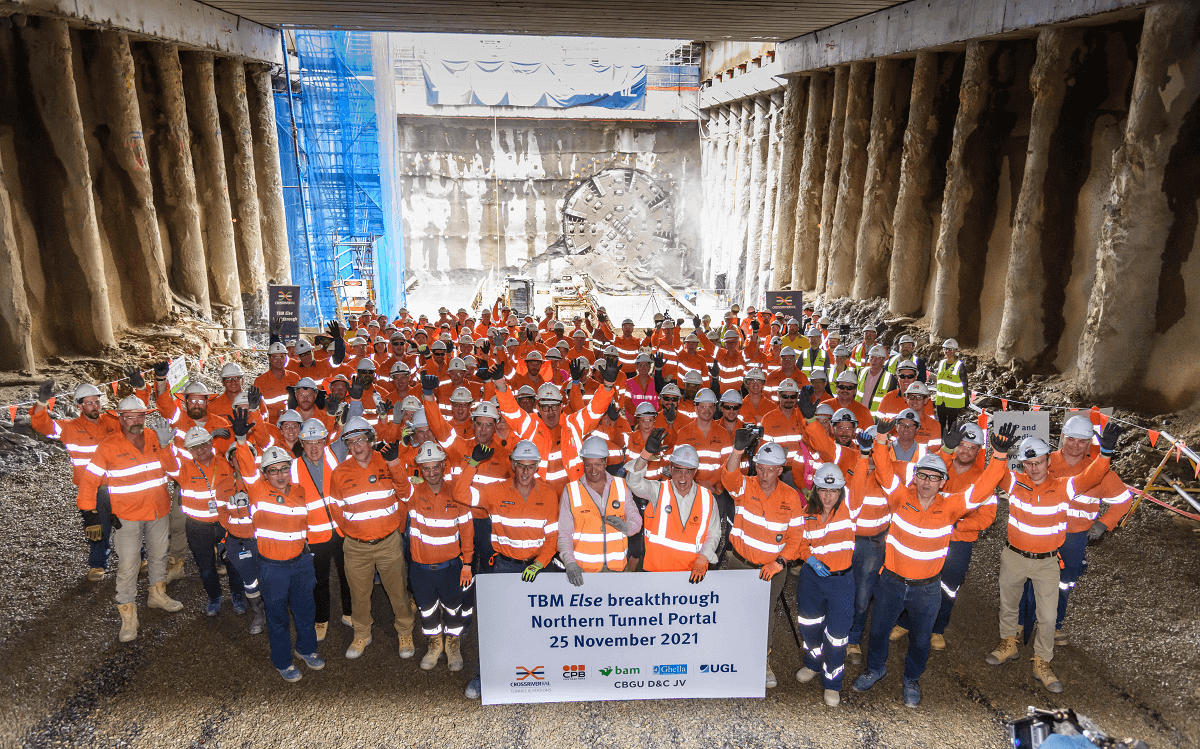