The Project’s first roadheader has been put to work breaking rock and excavating the first part of a tunnel section at the Roma Street site, where a 280-metre station cavern will be excavated.

There are already over 2,000 people already working on the Cross River Rail project and that number will peak at around 3000 workers at the height of construction in 2021/2022.

That means that not only has Cross River Rail been able to keep workers working through the COVID-19 crisis, it will continue delivering jobs for Queenslanders well into the future.

The start of tunnelling is also a significant milestone for Cross River Rail, with work on the Tunnels and Stations component of this once-in-a-generation infrastructure project starting to ramp up significantly.

Once complete, Cross River Rail’s 5.9 kilometres of twin tunnels and four underground stations will not only allow us to run more trains more often to, from and through Brisbane, they will transform forever the way we travel across the whole of SouthEeast Queensland.
. 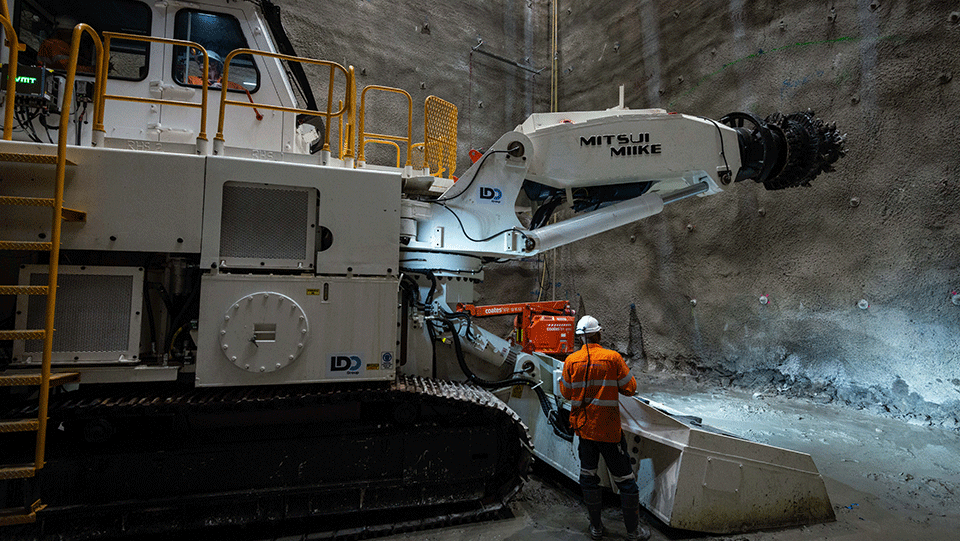 The roadheader at Roma Street was assembled in an access shaft 18-metres below ground, and it can excavate up to 50 tonnes of rock and soil per hour.

The Roma Street tunnelling site is covered by an enormous ‘acoustic shed’ which stands at 18m high and 60m long, which will minimise noise and contain dust during the 24-hour construction work.

Meanwhile, demolition across the Roma Street site is picking up pace with the old Hotel Jen building disappearing at a rate of one floor a week. Early demolition works have already started on one of Brisbane’s least loved buildings, the Brisbane Transit Centre.