Cross River Rail teams up with Lions and Suns

Cross River Rail teams up with Lions and Suns

With the AFL season restarting, Cross River Rail has teamed up with both the Brisbane Lions and Gold Coast Suns to find out what the new rail project will mean for Queensland’s AFL fans in the future.

Cross River Rail Delivery Authority Chief Executive, Graeme Newton, said today that the new partnerships are designed to make sure fans can have their say on what improvements to public transport might mean for them in the future.

“For now, game day travel is a quick trip to the couch to catch a game on TV, but that won’t be the case forever,” Mr Newton said.

“Nothing beats the feeling of cheering your team on live and as we get back to having fans in stadiums, we need to keep talking about how Cross River Rail will be able to improve your game day experience.” 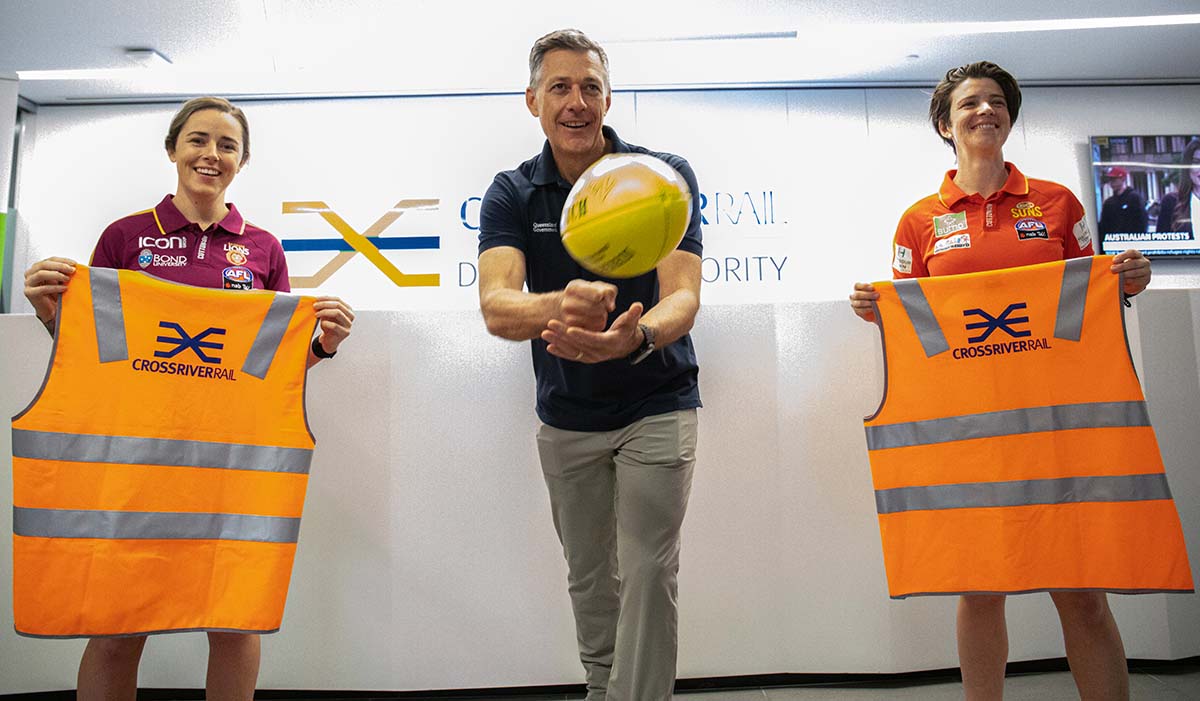 “And at Woolloongabba, a new underground station as well as plans for a new station to stadium connection will transform game days and give The Gabba a whole new ‘front door’.”

A new Woolloongabba station will help to clear a full 42,000-strong Gabba crowd within an hour.

This will be transformational for our city and for our reputation as a major events destination.