Early works between Northgate and Shorncliffe

From December 2019, Hitachi Rail will undertake early works in the rail corridor between Northgate and Shorncliffe stations to deliver a new signalling system as part of the Cross River Rail project.

As part of the Cross River Rail project, a new train signalling system called the European Train Control System (ETCS) is being implemented on sections of the rail network. The new techonology is initially being implemented as a pilot on the Shorncliffe Line.

Asset inspections will be undertaken on day shift in early December. Early works including cable testing will be undertaken by small workgroups between 10pm and 6am, Sunday to Thursday nights during December 2019 and January 2020. Please be advised, we don’t anticipate these works will be noisy or disruptive, however you may see:

Out of hours works

To minimise service impacts, this work is scheduled to occur at night after the last train service.

Cable inspections and testing works will be conducted on the Shorncliffe line between Northgate and Shorncliffe stations during the following times; 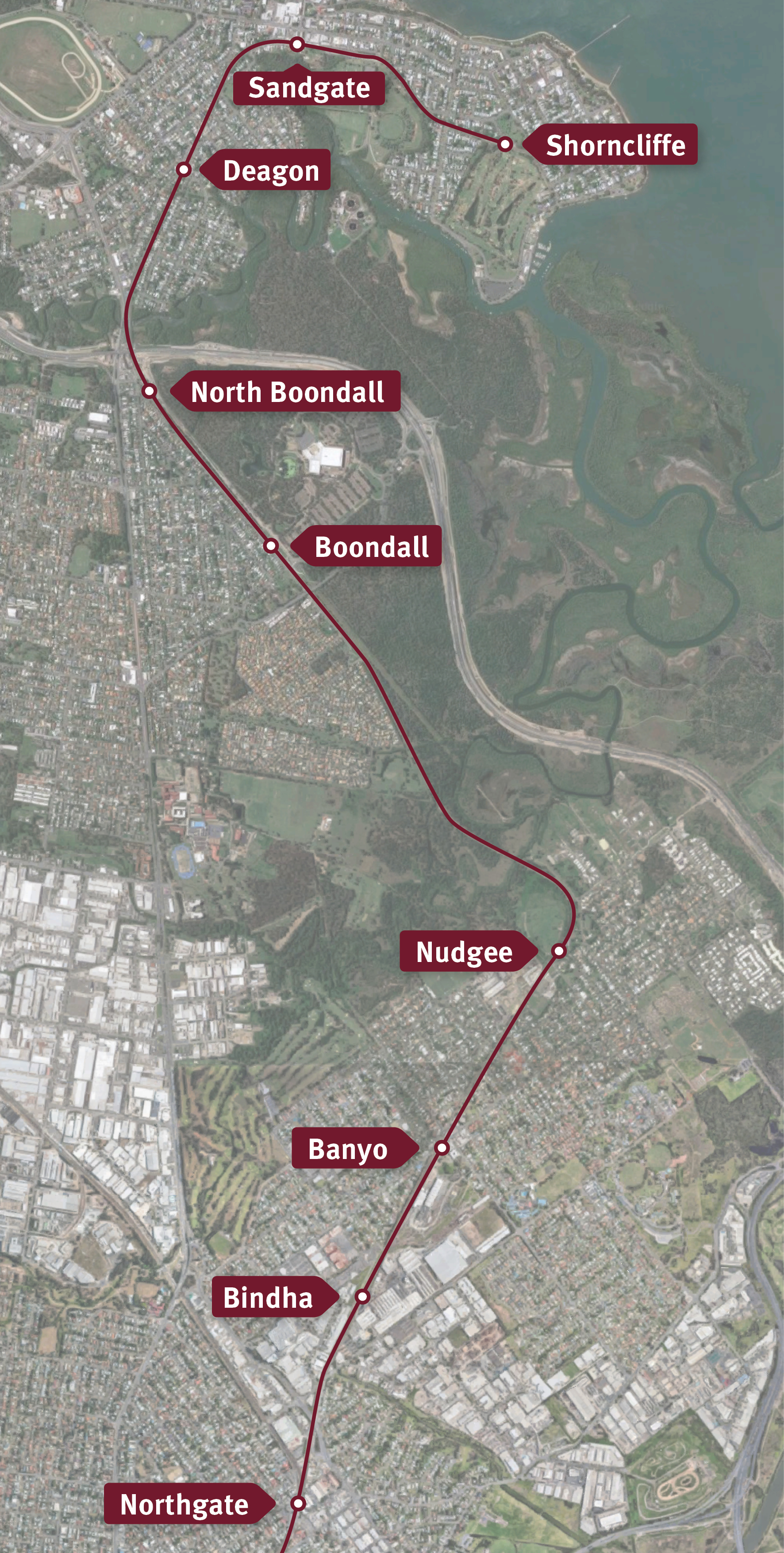 Why are these works happening?

Every effort will be made to minimise disruption and we apologise for any inconvenience as we complete this testing activity. For further information about these works please contact the project team on 1800 010 875.

For more information about the Shorncliffe line upgrades, please visit the ETCS page.